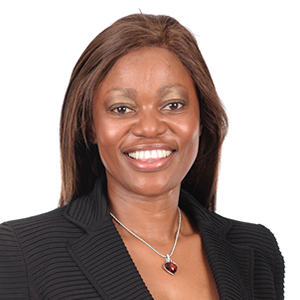 When a woman marries a millionaire and no longer needs to work, how does she spend her time? Decorate herself with designer clothes and expensive jewellery? Treat herself to Louis Vuitton handbags? Give her mansion a makeover? Not so for Tsitsi Masiyiwa, the wife of Zimbabwean mobile phone magnate, Strive Masiyiwa. She is more often found in one of her offices, meeting with students and other beneficiaries – prospective and current – of her education philanthropy. Masiyiwa is the founding director and executive chairperson of the Higher Life Foundation, which oversees five trusts that together fund thousands of schol
arships for medical students and disadvantaged children across Southern Africa.

According to Tsitsi, the idea to launch the foundation was paradoxical and came to her when she and her husband were struggling financially in the mid- to-late nineties. “My husband had applied for a licence to operate a mobile phone company in Zimbabwe,” she says. “But for reasons that were not clear to us, the application for the licence was rejected. Then my husband sued the government. That is when our problems started. You cannot sue the government and think things will always be right.” Tsitsi says they lost everything during this period and could not even offer their visitors tea. “In trying to understand what was going on around me, I began to do intensive soul searching,” she says.

“Then I prayed: if God can give me the licence, then I will help the poor with the money.”

In 2000, Strive Masiyiwa finally obtained the licence to operate Zimbabwe’s mobile phone company, Econet. “My husband was paid a bonus. I took the bonus and gathered orphans from all over Zimbabwe and threw a party for 600 people,” Tsitsi says, adding that the couple held similar events for three years. “It was not about the parties per se but more about what happened after the parties. We then decided to set up a scholarship fund, and this fulfilled what I was feeling. I went to orphanages and lived with the children, ate what they ate,” she says.

These were the beginnings of the Higher Life Foundation. Today, its five trusts, which operate in Zimbabwe, Burundi, Lesotho and South Africa, include Capernaum Trust and Capernaum Trust International, which fund education at home and overseas for disadvantaged students. In Zimbabwe, the foundation also funds the Christian Community Partnership Trust, which supports evangelism in Zimbabwe; the Joshua Nkomo Scholarship Fund, which identifies future community leaders; and the National Healthcare Trust of Zimbabwe, which funds scholarships for medical students.

Econet has operations in the above-mentioned countries as well as Botswana and Nigeria. According to Tsitsi, the foundation wants to expand into all the English-speaking countries of the African continent in the near future. “As Econet is backing us financially, we now want to go where Econet has operations,” she says. “But in the next few years we will be in a lot more countries even where it has no operations. Countries that have Internet access are our target.”

The trusts are directly funded by the Masiyiwas, together with other investors. While Tsitsi is unable to reveal the amount of money that has gone into the trusts she is quick to add that funding does not come directly from Econet or its business partnerships, but that the organisation itself invests in various financial instruments.

If the foundation has ambitions to fund programmes across Africa, its reach is already global. Its largest programme, the Capernaum Trust, assists over 40,000 children, many of them orphans. The Trust’s “History Makers,” as they are called, receive scholarships that take them through tertiary education, along with food and medical assistance. Many of the students attend international schools that prepare them for universities worldwide. Indeed several Capernaum Trust students have been admitted to high-end, international institutions including Harvard, Yale, Oxford and Cambridge. The foundation also funds higher-education scholarships for History Makers at Morehouse College, a historically black men’s college in the United States. In Zimbabwe, the foundation has collaborated with the UK’s Council for Assisting Refugee Academics to set up a Virtual Learning Centre for medical students at the University of Zimbabwe, bringing excellent education to the politically troubled country.

Tsitsi sees her work as complementing what governments do, rather than competing with it. “We prefer to work with governments. We cannot change the lives of the people if we do not collaborate with respective governments,” she says. “We are not a political party. We provide wholesome education backing and equip these kids with life skills.” She refers to philanthropy as “the third way”, following the government and the private sector, and believes that partnerships between different types of organisations can be very effective. “I personally believe that relationships are beginning to work,” she says.

All this good work has its challenges which, according to Tsitsi, vary from country to country. Some 50 percent of students from Lesotho drop out of the foundation’s education programmes, she says. “Boys mostly leave our programmes to head cattle while girls elope to get married early.” In other countries where the Higher Life Foundation operates, one of the major problems centres on people and families that suddenly migrate.

Tsitsi believes in the goodness of people – Africa’s businesspeople in particular , who she says are “not selfish by any stretch of imagination” but whom she calls on to use their skills in more effective ways. “Philanthropists need to have good hearts,” she notes, “otherwise the continent will never look so dark.”