In a surprise vote John Magufuli, 56,  was nominated to as Tanzania’s  ruling party Chama Cha Mapiduzi (CCM) nominee to succeed President Jakaya Kikwete in an October election. Magufuli, who was not considered as one of the top contenders to the throne, bet 38 other candidates including former prime minister Edward Lowassa and current foreign minister Bernard Membe.

With the ruling party having won all Tanzanian elections since independence, Magafuli look set to become the next president of the East African nation. He’s already made history by nominating the first female running mate.

AFKInsider looks at some key things about Magufuli’s long political career that could in a few months be crowned with the Presidency title.

He  taught Chemistry and Mathematics at Sengerema Secondary School in Mwanza in 1982 and 1983.

A loyal member of the governing Chama Cha Mapinduzi since 1977, Magufuli was first elected to parliament in 1995 to represent Biharamulo East and has the area member of parliament since then.

Magufuli, a close colleague to the country’s former president Benjamin Mkapa. During Mkapa’s tenure, served as his Infrastructure Minister. On several occasions, Mkapa never hesitated to support and defense one of his favorite cabinet members in times of need or trouble.

Magufuli is known as the numbers guy in government circles. He’s the godfather of statistics with a photographic memory when it comes to figures. he has no problem giving out exact numbers when asked by journalists in the corridors of his Works Ministry for instance. During the 2010 CCM General Assembly, Magufuli was tasked by Chairman Kikwete, to explain how the party and the government was doing in the area of road construction, and he responded in specifics by revealing the exact number of those under construction, completed. He went further to name the location of the roads, i.e region, village, district you name it.

The new Chama Cha Mapinduzi (CCM) nominee, once rejected a newly constructed road, courtesy of the Japanese Government citing sub-standard work, and neither the government nor the people complained.

Having stood in the way of the first possible woman president for Tanzania after he defeated two women to clinch the ruling party nomination, Magufuli chose a woman as his running-mate in Samia Suluhu. Suluhu is the Member of Parliament for Makunduchi Constituency in Zanzibar island and is on her way to make history as Tanzania’s first woman vice president since independence in 1961.

In what was at times a fractious contest, Magufuli emerged victorious from an initial list of 38 candidates who sought the nomination, including former prime minister Edward Lowassa and current foreign minister Bernard Membe. Both considered front-runners going into the nomination campaign, they seemed to have cancelled each other out.

Magufuli has served in government in various capacities, including as the fisheries and land department’s minister. President Ali Hassan Mwinyi, once nicknamed him the “lion” for his dedication and ability to get the job done in any ministry he would oversee. 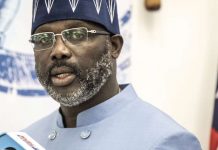