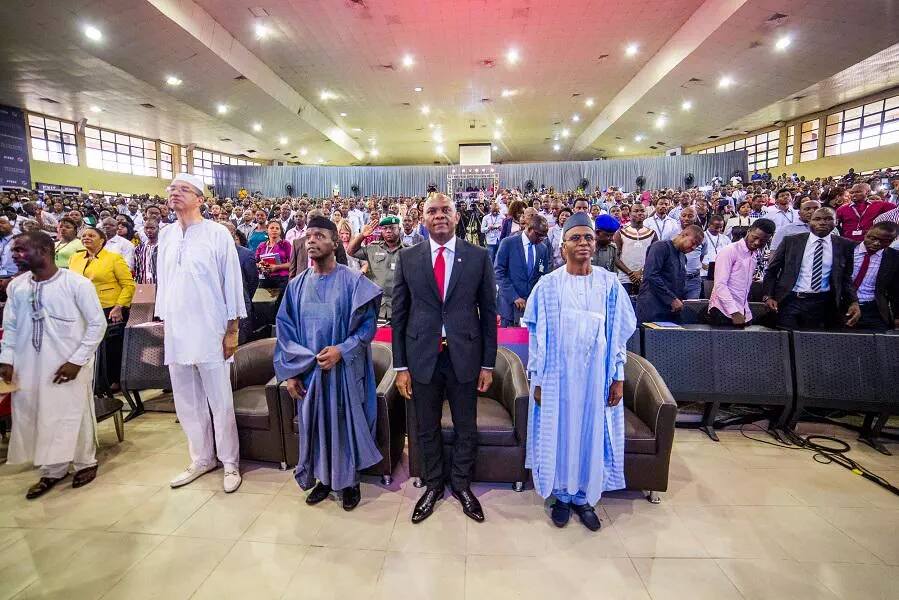 A thousand entrepreneurs from 51 African countries gathered in Nigeria for a two-day boot camp hosted by the Tony Elumelu with speeches by a who’s who of African influencers.

They were all part of the inaugural class of the Tony Elumelu Entrepreneurship Programme, a multi-year training, funding, and mentoring program to empower the next generation of African entrepreneurs, Forbes reports.
Chosen from 20,000 applicants, 1000 entrepreneurs were accepted into the program. Each entrepreneur will receive $10,000 from Elumelu to support their businesses.

Entrepreneurs came from Lusaka and Lomé to Cape Town and Casablanca for the boot camp, considered to be one of the largest gatherings of African entrepreneurs in recent times.

They included Gambian Badje Modou Lamin, whose startup is in the agricultural sector. Lamin said the boot camp changed his perspective on Africa. “I have been able to exchange ideas with a number of entrepreneurs,” he said, according to a post at the Tony Elumelu Foundation website.

Entrepreneur Maalainine Mohamed Bouya from Morocco said, “The boot camp has been a blast! Right from our journey from the airport down to the boot camp, we have been discussing and sharing ideas among ourselves. Africa has huge potential.”

Nigerian Obinna Chukwu said the boot camp experience “makes me proud of being a Nigerian. I thank Tony Elumelu and the Tony Elumelu Foundation for making this happen.”

The boot camp included interactive sessions with successful entrepreneurs, business and political leaders who talked about business development, financial management, corporate governance and other facets of a successful enterprise.

The program culminated in an open mic session with Tony Elumelu, the Nigerian banker and philanthropist who is funding program.

In 2014, Elumelu pledged $100 million to create the Tony Elumelu Foundation Entrepreneurship Programme. He promised to help grow 10,000 exceptional startups and young businesses from across Africa over the next 10 years.
These businesses are expected to create 1,000,000 new jobs and contribute $10 billion to Africa’s economy, Forbes reports. The selected startups must participate in a 12-week online business skills training course, mentoring, and entrepreneurship boot camp.

The entrepreneurs represent a wide range of sectors from agriculture and fashion to ICT, education and energy.
Elumelu told the entrepreneurs that he is investing in their success because he believes entrepreneurship is the way to drive Africa’s economic prosperity.

“I want to go to Zambia when I am 80 years old and meet someone who shows me their manufacturing business or financial institution and tells me that it was built starting with $10,000 from Tony Elumelu,” he said. “That is what this is about, and that is what you owe me. The return I want from this $100 million investment is your success, because your success is Africa’s success.”