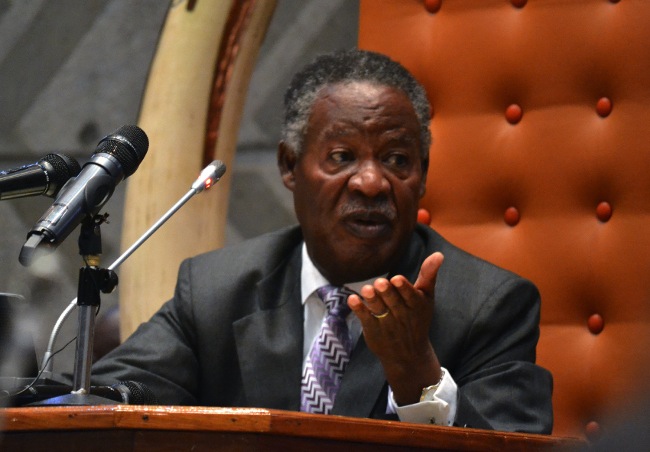 Zambia’s fifth president, Michael Sata, died Oct. 28, 2014, after rumors circulated for months that he was ill. Aged 77, Sata led Zambia since his election in September 2011 as the leader of the social democrat party, Patriotic Front. Though it was known he was being treated in London for an undisclosed illness, Sata’s death came as a shock to the world. Zambian Vice President Guy Scott is acting president until an election can be held in the next 90 days. Here are 10 things you didn’t know about Zambian President Michael Sata.

Sata had little formal education, and at one point joined a seminary to become a priest

Born in Mpika in the north of Zambia formerly known as Northern Rhodesia, Sata had little formal education. He attended Mpika Education Authority School from 1941 to 1947. Following primary school, he attended for a year the Katibunga Seminary, a Catechist school founded by the London Missionary Society, before moving to another missionary school, Kantensha, in Isoka close to the Tanzanian border. He finally moved to Lubushi Seminary near Kasama for further clergy training, before leaving in 1956 at the age of 19.

He was nicknamed “King Cobra” for his sharp tongue

Known for his often-abrasive manner, Sata was referred to as “King Cobra,” both among his detractors and occasionally his supporters. His gravelly voice, the result of years as a smoker, delivered venomous comments and fiery comebacks, and he was often criticized for his authoritarian tendencies.

During colonial rule, Sata held a variety of posts, including time as a railway man

While Zambia was under British control, Sata worked as a railway man, a police officer, and a trade unionist. He also spent time training as a pilot in Russia, before returning to Zambia and working to develop housing projects. Even after Zambia achieved independence, Sata spent time in London as a railway porter, later returning home to work for a taxidermist before he returned to politics.

In his position as a populist, Sata did not shy away from referring to his working class background. For instance, in a statement he made before the 2011 election, he said this about his work as a railway station sweeper: “I never got any complaints about my work. I want to sweep my country even cleaner than I swept your stations.

Sata was frequently criticized for his “absence of leadership”

Perhaps related to the illness that took his life this month, Sata was often criticized for his lack of public visibility, a particular concern for a man known for his larger-than-life personality and love of the spotlight. Sata’s government maintained that these absences were related to private international visits, and had nothing to do with medical treatment. But the speculation was so great that Sata made a surprise appearance at the opening of the Zambian parliament in September. There, he joked that he was “not dead.”

Sata was known for intolerance of opposition parties

Frequently, Sata’s government denied permits to opposition protests, and initiated several corruption cases against former officials that joined the opposition. Opposition leader Frank Bwalya faced defamation charges in early 2014 after likening the late president to a kind of potato, or a “chumbu mushololwa,” inferring that he did not listen to others.

He claimed he would never drink bottled water

In a profile on his Patriotic Front party website, Sata claimed that he would not drink bottled water “until all Zambians have equal access to clean water.” The statement underlined Sata’s populist beliefs and political position as the “everyday man.”

Sata developed a close relationship with the Zimbabwean dictator Robert Mugabe, often praising his anti-white policies. For instance, when asked about Mugabe’s policy of seizing white-owned land, he responded, “It is the imperialists, the capitalist-roaders who say he is a villain. The people of Zimbabwe are not suffering. They are much happier.” He was also quick to denounce Morgan Tsvangirai, Zimbabwe’s Prime Minister and Mugabe’s rival, referring to him as a “Western puppet financed to cause trouble in Zimbabwe.”

He was known for his commitment to workers’ rights, but often-harsh attitude towards investors

Sata was a major critic of Chinese investment in Zambia’s copper industry, maintaining that their companies were often guilty of the mistreatment of Zambian workers – forcing miners to carry on in deplorable conditions. When he assumed office, he attempted to strengthen labor laws, and warned foreign companies that they must abide by the nation’s laws if they wanted to carry on as investors in the industry. This position made Sata extremely popular with miners, but often alienated investors. In 2013, he revoked the work permit of Konkola Copper mine’s foreign CEO over plans to lay off 1,500 workers –a move that rattled companies. Some claimed he was hampering investment in the country.

Sata’s death caused the Zambian kwacha to fall 2% against the dollar, but it is unlikely it will continue to suffer

After Sata’s death was announced, the Zambian currency, the kwacha, fell 2% against the dollar. Economists maintain that it will bounce back shortly, as the Zambian economy is projected to grow 7% this year and continues to operate robustly. The Zambian central bank also added that it would support the market and attempt to help regulate the foreign