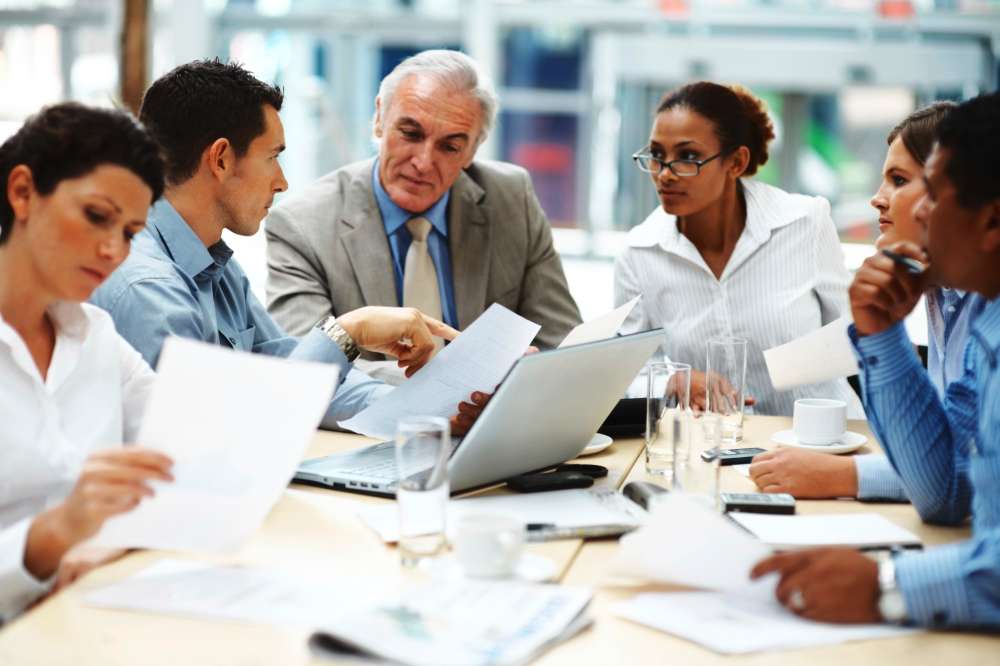 Used well, strategy meetings provide clarity and momentum. They align a team around key decisions and create positive energy.
Used poorly, strategy meetings irritate people. They waste time and energy, or worse- strengthen entrenched points of view creating frustration and resignation.
In my work with companies from large Fortune 500 firms to small startups, I’ve attended hundreds of strategy meetings. I’ve seen leaders make three common mistakes over and over again:
1. Drafting an overly ambitious agenda. Executive teams are often too optimistic about what they can accomplish in a short period of time. For example, one client allotted one hour at a 10-person meeting to gaining “a deeper understanding of the challenges we’re facing in Europe and laying out a high-level plan of attack on how to address them.” I looked at him and said, “You realize there’s no way that’s going to happen, right?” He ruefully agreed.
I know why he was doing it. He had four big topics on his mind and he wanted to get resolution on all of them in a six-hour meeting. When he reflected on it rationally, he knew that was impossible. He was just frustrated.
My suggestion is to prioritize your issues and pick one or two to address. Leave the others for a later date. If you do a great job moving through a limited set of issues, people will be less reluctant to have another six-hour meeting in the near future. In fact, they’ll likely welcome it — because they’ll expect to get something accomplished then too.
However, if you do a mediocre job running through too many issues, you’ll have screwed yourself on two levels: 1) you won’t have good resolution or buy-in on what you’ve discussed that day, and 2) people won’t be motivated and focused for the next meeting.
2. Not doing enough meeting preparation. Most of the hard work of a good strategy meeting happens before the meeting- doing research, gathering perspectives, teeing up scenarios, identifying important questions. Sometimes you have the time and resources to do a proper strategic work-up. Sometimes you have to rely more heavily on intuition. Either way, you should arrive at a clear point of view and document it before the meeting. The meeting can be used to critique, debate, or expand a strategic point of view. But a strategic meeting should never be used to create a strategic point of view. It’s simply too hard to do this in real time with a lot of people.
Still, I see it happen all the time. Unprepared, teams casually wander into tough topics filled with land mines. They think they’ll “get everyone into a room and get on the same page.” Then they’re surprised when the meeting blows up or derails.
Keep in mind that there’s a good reason why you’re having a meeting rather than just making a decision on a given topic — it’s complex. If it wasn’t complex, you wouldn’t need a meeting. Complex topics need smart and focused prep work.
3. Underestimating the need for skillful facilitation. Great facilitators are like jungle guides. They know their intended destination, the general contours of the landscape they’re traversing, the strengths and weakness of the people they’re guiding, and how to keep things moving when conflict erupts or conversation peters out. It’s part science, part art. But skilled facilitators are pretty rare. Instead, I see four common facilitator errors:
• They never set clear objectives for a conversation. What does success look like for a given conversation? Do we want to provide input? Debate? Make a decision? Too often objectives are never clarified in advance. People just jump in and start firing off opinions with no apparent purpose other than to give a point of view. You arrive at the end of your allotted time no clearer than when you started. My advice: Be crystal clear about what you hope to get out of a conversation before you start it and get everyone aligned on the goals.
• They pick the wrong discussion strategy. You might have the right topic and set of objectives you’re trying to reach, but the wrong discussion strategy. The most common faux pas is trying to get too many people talking about a complex issue at once. I’ve found 7–10 people are the max you want discussing a complex topic. More than that and people start to disengage, killing the energy of the conversation. If you have a bigger group, break them up and cull generated insights later.
• They miss the signals in the noise. The most important signals in a strategy meeting don’t always jump out at you. They can get lost in a sea of noise. One common reason is that the loudest voice many not be the most astute. Good facilitators must quickly and dynamically separate signals from noise to ensure they’re focusing on what matters most. Before the meeting starts, have a clear opinion regarding the most important signals you think should come up. That way you have a better chance of spotting them.
• They let the conversation meander too little or too much. We’ve all been a part of both of these scenarios. On the too-little side, just when a conversation gets creative the facilitator tries to pull the group back to the “task at hand” killing the creative energy in the room. On the too-much side, long after a conversation should have been cut off, people are still debating relatively unimportant or mind-numbing points. Good facilitators have to constantly try to find the balance. One trick — when you get stuck, pause the conversation and ask the room if they feel you should continue or cut the conversation. Most people are good self-assessors.