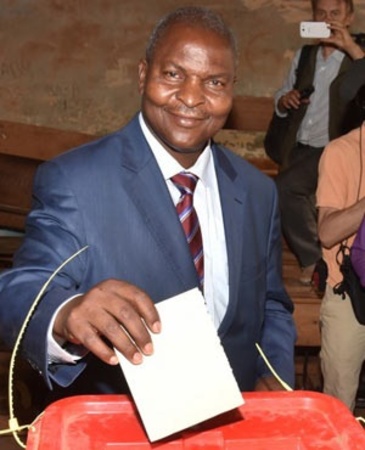 Central African Republic’s constitutional court has recently confirmed former Mathematics Professor Faustin-Archange Touadera as the elected president, according to reports from the national radio, setting the stage for Touadera to be sworn-in on March 25.
About 62 percent of voters in the Central African Republic chose Touadera, once a prime minister under ousted leader Francois Bozize, in a run-off that could cap nearly three years of political, communal and religious conflict.
“Since the majority of votes were obtained by Faustin- Archange Touadera, the court proclaims Faustin-Archange as president of the Central African Republic,” said Zacharie Ndouba, the president of the court.
The court also announced it had rejected complaints lodged against the election by candidates who had supported Touadera’s opponent, Anicet-Georges Dologuele, and had asked for a recount or cancellation of the results.
Immediately after the decision, shouts of joy and car horns could be heard on the streets of Bangui, echoing the city’s response after the electoral commission announced initial results two weeks ago.
Touadera, who has pledged to make peace and disarmament his priorities, will be sworn in on March 25.