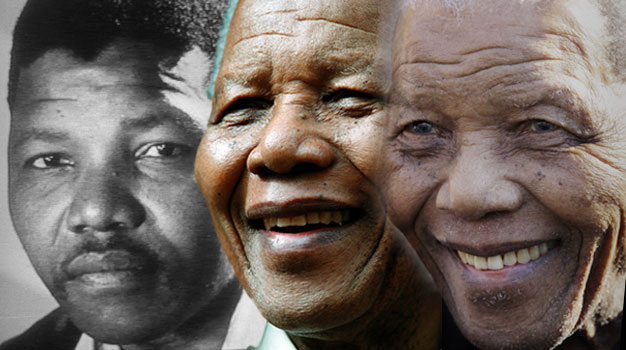 1. He was born in July 18 1918 into the Xhosa-speaking Thembu people in a small village in the Eastern Cape of South Africa

2. He was named Rolihlahla Dalibhunga by his parents and was given his English name, Nelson, by a teacher at his school.

3. He is also sometimes called Madiba, which is his traditional clan name.

4. Mandela has been called both ‘the world’s most famous political prisoner’ and ‘South Africa’s Great Black Hope.’

5. His father, a counsellor to the Thembu royal family, died when Nelson Mandela was nine, and he was placed in the care of the acting regent of the Thembu people, Chief Jongintaba Dalindyebo.

7. Nelson Mandela was an activist against apartheid, and he was the leader of the armed wing of the African National Congress.

8. Nelson Mandela was the first South African President who was elected in a completely democratic election.

11. Nelson Mandela was an activist against apartheid, and he was the leader of the armed wing of the African National Congress.

14. In 1994 he published his autobiography ‘long walk to freedom’ which he wrote secretly while in prison.

15. In his spare time, Nelson Mandela studied to become a lawyer.

17. Nelson Mandela has honorary degrees from more than 50 international universities.

19. Besides campaigning globally for peace, Mandela focused his still prodigious energies increasingly on empowering disadvantaged children and fighting against HIV/Aids.

22. He was incarcerated on Robben island for 18 of his 27 years in prison

23. While in jail on Robben Island in the 1980s, the former president contracted tuberculosis.

24. Nelson Mandela retired from Public life in June 1999 and currently resides in his birth place

25. Mandela’s birth name – Rolihlahla – is an isiXhosa name that means ‘pulling the branch of the tree’. Colloquially it also means ‘troublemaker’. His English name, Nelson, was given to him by a missionary schoolteacher.

26. He was expelled from the University of Fort Hare after joining a student protest. He later completed his degree through Unisa, which he followed up with a law degree from Wits University.

27. He fled the Eastern Cape for Johannesburg after Jongintaba Dalindyebo, the leader of the Tembu people, tried to set up an arranged marriage for him. After arriving in the city, he found work as a night watchman at a mine.

28. He lived in Alexandra township at first butlater moved in with close friend Walter Sisulu and Sisulu’s mother in Orlando, Soweto.

29. Mandela’s first wife, Evelyn Mase, was a nurse and Walter Sisulu’s cousin. She was the breadwinner in the family and supported Mandela while he studied law at Wits University and became further involved in politics. They had four children together and divorced in 1958.

30. He was the first commander in chief of the ANC’s armed wing.

31. In 1962, he left the country to garner support for the armed struggle. During this time he received guerilla training in Morocco and Ethiopia.

32. The circumstances surrounding his arrest at a police roadblock outside of Howick later that year remain unclear but it is believed that an American CIA agent tipped off the police about his whereabouts. He was convicted of sabotage and attempting to violently overthrow the government.

33. During his time in prison, Mandela was restricted to a 2m x 2.5m cell, with nothing but a bedroll on the floor and a bucket for sanitation in it. He was consigned to hard labour in a lime quarry for much of that time and was, at first, only allowed one visitor and one letter every six months.

34. The apartheid government offered to release Mandela on no less than six occasions but he rejected them each time. On one such occasion Mandela released a statement saying: ‘I cherish my own freedom dearly, but I care even more for your freedom … What freedom am I being offered while the organisation of the people [the ANC] remains banned?‘

35. Mandela wrote a memoir during the 70s, copies of which were wrapped in plastic containers and buried in a vegetable garden which he kept at prison. It was hoped that fellow prisoner Mac Maharaj, who was due for release, would be able to smuggle it out. But the containers were discovered when prison authorities began building a wall through the garden. As punishment, Mandela’s study privileges were revoked.

36. After he was separated from his second wife, Winnie Madikizela-Mandela, he asked struggle stalwart Amina Cachalia, with whom he had a long relationship, to marry him but she turned him down. On his 80th birthday, Mandela married, the widow of Mozambique’s former president Samora Machel.

37. The ANC was labelled a terrorist organisation by the apartheid government and was recognised as such by countries including the US and Britain. It was only in 2008 that the United States finally removed Mandela and other ANC members from its terror list.

38. The United Nations declared his birthday, July 18, Nelson Mandela International Day. This was the first time the UN dedicated a particular day to a person.

39. Hundreds of awards and honours have been bestowed on Mandela. Among others, he was an honorary citizen of Canada, an honorary member of the British Labour Party, and an honorary member of Manchester United. He also had a nuclear particle (the ‘Mandela particle’), a prehistoric woodpecker (Australopicus nelsonmandelai) and an orchid (Paravanda Nelson Mandela) named after him.

40. When Mandela was 9 years old, his father died of lung disease, causing his life to change dramatically.