A prime investment destination following the recent discovery of huge natural gas and coal deposits, Mozambique will be the first to mark its freedom on Thursday.

In a sharp contrast to the long civil wars that ravaged both the ex-colonies — pitting Marxist regimes against guerrillas backed by apartheid-era SA — they recently saw an influx of Portuguese job seekers.

The year 2012 saw the last bone of contention between the two countries resolved, with the sale of the gigantic Cahora Bassa dam to Mozambique.

“Any problems that came up in the decolonisation of Mozambique have been resolved. We don’t have any dispute,” Mr Duarte said.

But Mozambique’s independence was traumatic for many settlers who hastily fled in 1975, when former president Armando Guebuza — then interior minister under independence leader Samora Machel — ordered an estimated 200,000 Portuguese residents to either adopt Mozambican nationality or leave the country within 24 hours.

Those who opted to go could leave with a maximum of 20kg of luggage. The order famously became known as “24-20”.

Ironically perhaps, while on a visit to Lisbon last year, Mr Guebeza himself urged Portugal to invest more in its ex-colony.

Portugal has become one of the top three states investing in Mozambique, and its largest job creator.

Numbering about 23,000 nationals, Portuguese expatriates also make up the largest community of foreign workers in Mozambique.

With Europe groaning from the aftershocks of the 2008 economic crisis, many young people headed to Portuguese-speaking African countries to find jobs.

Now, with Portugal’s economy in recovery mode and Mozambique tightening its immigration regulations, the trend is slowing down.

Links with Portugal are tighter in Angola, where the elite maintain especially close ties with Lisbon.

For Portugal, Angola became a sure escape from the economic crisis, which gave the southern European country a dumping ground for goods, businesses and the unemployed.

But the relationship is a two-way street, with Angola’s wealthy — especially President Jose Eduardo dos Santos’s daughter, Isabel — investing millions in Portugal in what critics have dubbed a “reverse colonisation”.

“What is the most dramatic consequence of Angola’s massive investment in Portugal?” asked Marcolino Moco, a former Angolan prime minister.

“Turning a country listed among the most advanced democracies of Europe, into a subordinate of an African absolutist kingdom.”

Relations between the two countries have not been entirely smooth, however.

In 2013, Mr dos Santos announced a freeze in strategic trade partnerships with Portugal because of what he described as “misunderstanding at the highest level of the state”.

The move was seen in Lisbon as a response to a probe by the Portuguese judiciary into several high-ranking Angolan government officials.

At any rate, relations resumed when the investigations were dropped later that year.

According to official figures, more than 800 Portuguese businesses are operating in Angola, and about 126,000 Portuguese nationals are living in the African country.

However, some media estimate the number could be as high as 200,000. 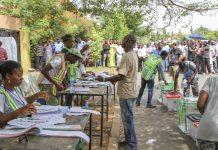 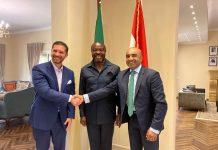