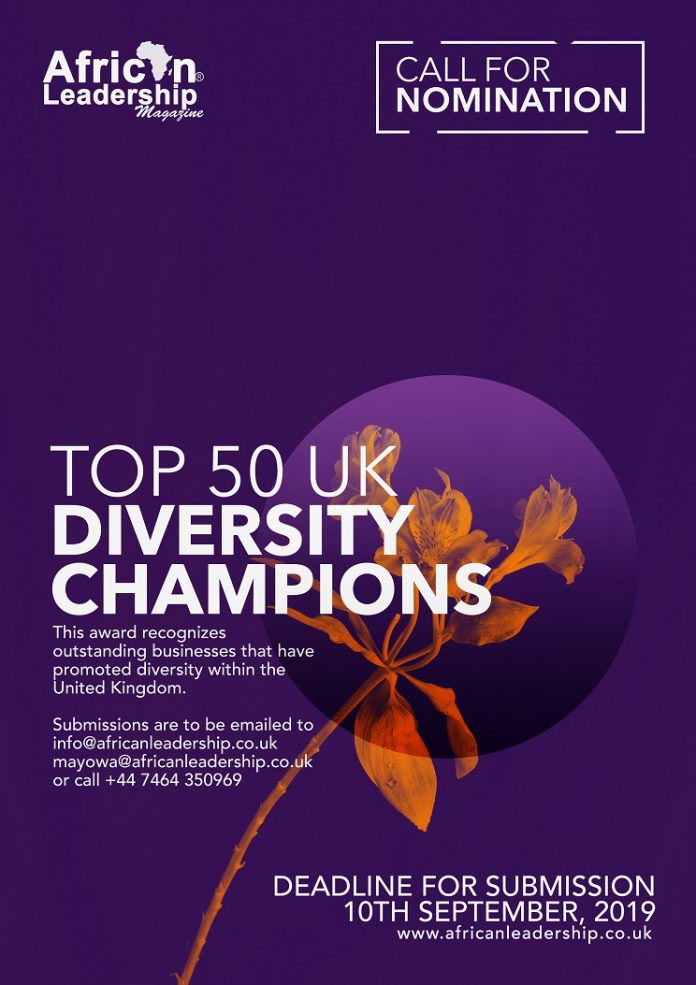 The African Leadership Magazine is calling for nominations for the Top 50 UK Diversity Champions. The award recognizes outstanding businesses that have promoted diversity within the United Kingdom.

Diversity champions exemplify a relentless commitment to diversity and inclusion throughout their business management and operation. The listing recognizes across levels, the achievements of individuals who have used their organization to promote and champion diversity while still maintaining excellence in service delivery

The award is open to all for-profit businesses within the UK. Businesses can self-nominate or be nominated by someone else. Only one nomination is permitted for each individual. Media outlets can also nominate. Nominee must have operated as a business for no less than two years.

The honor consists of a listing to be featured in the African Leadership Magazine which will be presented at the invest in Africa Summit at the Dorchester Hotel, London. The award recipient will be granted complimentary passes to attend the Invest in Africa Summit scheduled to hold on the 19th of September 2019 at The Dorchester Park Lane, London.

GETTING IT RIGHT FOR INVESTORS IN ANGOLA