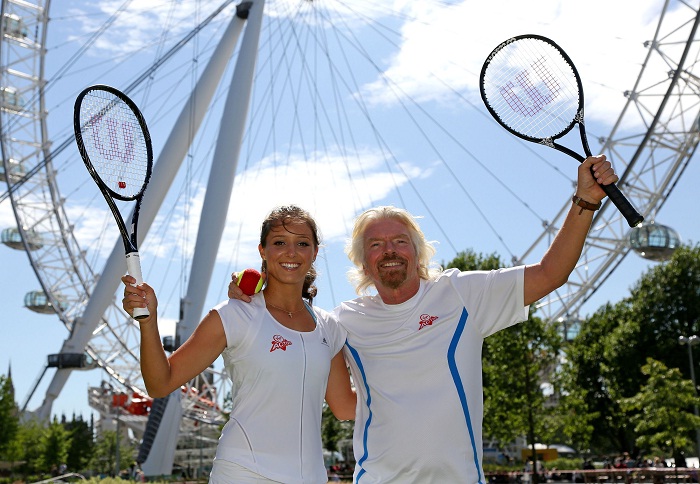 It has been a glorious month for British sport, fresh off the back of last year’s incredible Olympic success. As well as sitting back and enjoying the fantastic spectacle of Andy Murray’s Wimbledon win, the Tour de France, the Lions series triumph and England’s battle for the Ashes with Australia, it is worth considering the business implications of sporting success.

In addition to the benefits to the economy exciting sport provides, there is a huge amount individuals can learn from the example of top sports teams. Here are five business lessons to be learnt from sporting success.

The Lions series win in Australia was a fantastic example of teamwork. Over the tour, the team personnel altered rapidly, most notably when star player Brian O’Driscoll was left out of the final Test by coach Warren Gatland. There is no I in team and surrounding yourself with great people means there is always somebody else who can step up and do a great job, O’Driscoll was still part of the squad supporting fervently from the sidelines and the Lions won the last Test. Entrepreneurs who try to go it alone will usually fail unless they have a strong support structure. This is also evident in individual sports, notably with Andy Murray’s tight-knit team helping him to the title at Wimbledon.

However experienced you are, mentorship is still a huge help. I have had business mentors throughout my life, and been fortunate enough to use my experience to mentor others. In cricket, the mentorship of England’s world-class coaches (and former world-class players) Andy Flower and Graham Gooch has helped develop top talents like Alistair Cook into real leaders. Ivan Lendl has added an extra dimension to Andy Murray’s game by mentoring him on the value of mental toughness to partner natural talent and hard work. Mentoring is often is the missing link between a promising businessperson and a successful one.

3. Be resilient and determined

Any entrepreneur who expects instant success is setting themself up for a fall. You need resilience and determination to keep getting back up every time you suffer a blow. Watching Chris Froome’s superhuman efforts in this year’s Tour De France is a great example of this. While his team struggled in the mountains he was abandoned and attacked on all sides. Rather than wilting, he took on all-comers and consolidated his lead in the race. You can’t always win, but you must protect the downside.

4. Have pride and purpose

Both Andy Murray and Novak Djokovic believe strongly in having a purpose beyond sport. Rather than sulk after losing the Wimbledon final, Djokovic raised over £1.2 million at a gala in London to help underprivileged kids in Serbia. Meanwhile, Andy Murray donated his Aegon Championship winnings to support cancer charities. Regardless of what stage your business is at, you should think about how you can make a positive impact upon people’s lives, not just focus upon profit.

There are some things you simply have to do for yourself. But as the tasks for any entrepreneur mount up, you need to delegate to others in order to free yourself up to think about the bigger picture. The same is true in sport. Witness the amazing work supporting riders do on behalf of their leaders in the Tour de France. Equally, look at how all of the responsibilities for developing Andy Murray’s game are delegated out. While Ivan Lendl is coach, he is also supported by a fitness coach, hitting partner, conditioning coach – not to mention his mum Judy! All of this help allows Murray to go onto the court with perfect preparation. If you have a big meeting of your own, don’t do all of the prep work yourself, get your team to help out.