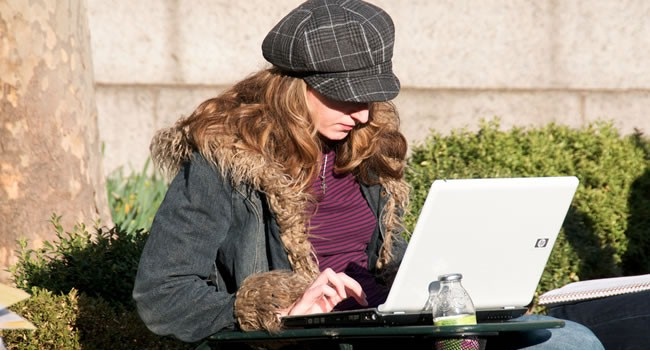 It’s the dream of any tech-person: come up with an idea or concept that you can build up and sell off for millions. Consider something as banal as Draw Something which only a few weeks after its release was sold to Zynga for US$180-million. Everyone wants the “big score”.

Technology and app development in South Africa, Nigeria and Kenya have pushed hard towards finding thing that will make venture capitalists and sponsors sit up and notice. Startups seem to be all about the quick get-in and get-out; lacking very little substance.

Incubators and think tanks have been set up across the continent to help young people develop their skills to compete on an international playing field. And it’s not like it’s impossible. Mark Shuttleworth did it when he sold Thawte for US$575-million.

But is it what we really need in Africa?

Perhaps it’s easier to focus on startups because they’re sexy and appealing and that what people want to hear about. They don’t really want to hear about the small little businesses in Africa that put food on the table. But that’s what we really need to be developing in Africa.

News from the US and EU also skews our view on the tech world. We think that startups are the only things that really matter. We forget about the thousands of people out there who are running small home-based businesses from their computers: affiliate marketers, online writers, bloggers and community sites.

Africa needs more internet marketers. These are people who use the internet to find problems, build solutions and sell them online. It doesn’t even have to be fancy — as long as it makes money to feed families.

Africa needs more “netrepreneurs”. The internet is an immensely powerful tool and people can literally build a business up from scratch with minimal cash. It’s an environment that doesn’t care about national borders or politics. A simple PayPal account, an idea, an eBook, a small widget you can pop into the post.

South Africa, for example, is home to three world-class affiliate management systems allowing the first time internet marketer a launching pad to making money online. One network, with more than 50 products to market, has more than 8 000 registered affiliates in South Africa. But why aren’t there more?

You could run an affiliate business from a cellphone if push-comes-to-shove. The information on how to set up and build hugely successful and profitable affiliate businesses is available all over the internet.

So what’s stopping us?

Perhaps it’s the tech media in Africa that focuses on the big stories. We want to show the world that we too can create hugely successful businesses. Perhaps the mundane running of a small online business is just not newsworthy enough.

But is it what Africa needs?

Perhaps we need to look at ways to promote true online entrepreneurship in Africa. The real meat and bones kind of businesses that pays the bills, puts food on the table and our kids through university.