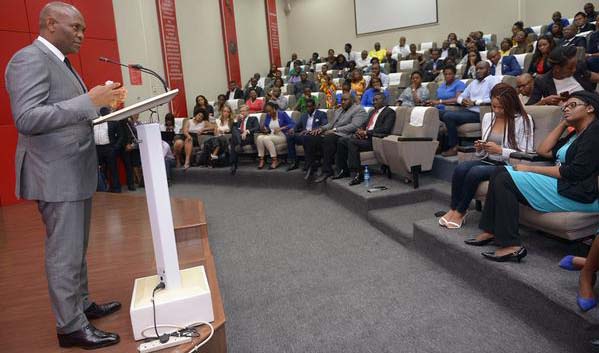 Take a look at any successful enterprise and you’ll find innovation at its core. That was just as true a hundred years ago when Henry Ford perfected the assembly line as it is today, when modern day giants like Elon Musk bring cutting edge technology to market. Innovation, as I’ve written before, is how people come up with novel solutions to important problems.

The tricky part is that every organization faces different types of challenges. Some, like Intel, focus on improving old technologies, while others, like MD Anderson Cancer Center, strive to make fundamental new discoveries. There are also those that innovate business models, marketing campaigns and many other things.

That’s why there is no one “true path” to innovation. There are, in fact, as many ways to innovate as there are types of problems to solve. However, in researching my upcoming book, Mapping Innovation, I noticed that universal traits across every organization I looked at. From corporate giants to start-ups to world class labs, here are the 6 things they had in common.

One thing I noticed about the innovators I researched is that they didn’t just wait for good problems, but they actively went searching for them. Jim Allison, who developed cancer immunotherapy, told me he just liked “figuring things out,” while Charlie Bennett’s interest in finding computation in the natural world helped lead to quantum computing.

I found the same thing when I looked at organizations that are able to innovate consistently. IBM Research has, throughout its history, set up “grand challenges” and searched for unresolved problems in the marketplace. Experian has set up a special unit, called DataLabs, to seek out and solve its customers problems. Google’s long held practice of “20% time” is essentially a human powered search engine for problems.

So hiring smart people and encouraging creativity are not enough. if you want to make your organization more innovative, the best thing you can do is to think seriously about how you search for problems.

After World War II, groups of natives in the South Pacific, called cargo cults, built makeshift airstrips complete with makeshift antennas protruding out of coconut helmets, improvised headphones and guys waving sticks to signal airplanes in the hopes that valuable cargo would drop from the sky. They had seen soldiers employ similar tactics and were following suit.

Of course, it never worked. Indeed, it seems more than a little bit silly. Simply setting up an airstrip is not what causes cargo planes to fly across the world to a particular location. Anyone who would believe such a thing is missing some very basic principles of how air travel functions. It is patently absurd.

Yet modern managers find it completely sensible to try to learn the one thing that can make you innovate like Steve Jobs or the 5 habits that made Elon Musk an innovator. Much like cargo cults, they believe that simply emulating the same tactics will yield the same results, regardless of context. Perhaps not surprisingly, they don’t fare much better than the islanders.

The truth is that your innovation strategies need to suit your capabilities, strategy and cutlure. Just because something worked for someone else doesn’t mean it will work in your organization. You need to build your own innovation playbook.

Too often, we treat innovation as a monolith, as if every problem was the same, but that’s clearly not the case. In laboratories and factory floors, universities and coffee shops, or even over a beer after work, people are sussing out better ways to do things. There is no monopoly on creative thought.

But that leads us to a problem: How should we go about innovation? Should we hand it over to the guys with white lab coats? An external partner? A specialist in the field? Crowdsource it? What we need is a clear framework for making decisions.

Show me any successful innovator and I can show you another that is just as successful and does things very differently. The key to innovating effectively is not the objective merits of any particular strategy, but whether that strategy addresses the problem you are trying to solve.

Traditionally, strategy was largely seen as a game of chess in which managers sought to optimize their value chain, maximize bargaining power with buyers and suppliers and minimize threats from new market entrants and substitute goods. Yet today, the nature of power has changed and advantage is not determined by what assets you control, but what you can access.

That’s why today, firms must leverage platforms to access ecosystems of talent, technology and information. Even the internal capabilities of the largest corporate giants pale in comparison to those, which can be found outside the boundaries of an organization. As Bill Joy, put it, “no matter who you are, most of the smartest people work for someone else.”

To understand how this is playing out, consider the case of Microsoft and Linux. Back in 2001, CEO Steve Ballmer saw Linux and other open source technologies as a serious threat to its business and went so far as to call Linux a cancer. Yet today, Microsoft not only actively participates in open source communities, it’s even learned to love Linux.

Why the change of heart? It realized, as have many other tech giants, that while it’s difficult to compete with an ecosystem of tens of thousands of developers, you can make a great business by accessing their talents and building on top of their work.

Many thought that the digital age would lead to a more solitary existence. With so much you can access through your computer screen, why would you need to go to an office? In fact, just the opposite has happened. While remote work has become a reality, it’s much harder to go it alone than it used to be. In fact, collaboration has become a competitive advantage.

To understand why, let’s look scientists, who probably have the greatest potential to work alone. Yet they are increasingly choosing to work in teams and those teams outperform solo performers. The journal Nature recently noted that the average scientific paper today has four times as many authors as one did in 1950.

Collaboration was also something I repeatedly came across in my research for the book. Not only was the point continually stressed by almost everybody I talked to, I also noticed that in response to my fact checks my sources invariably pushed me to give more credit to others and less to themselves.

When we think of innovation, we often conjure up visions of Steve Jobs wowing the crowds at Macworld, but the truth is that innovation is a messy business. Part of the problem is that we mostly see successes, while failures often go unnoticed or are swept under the carpet. We get taken in by myths and gloss over the realities.

Consider the case of Alexander Fleming. Many know the story of how he “accidentally” discovered penicillin one day when a mold contaminated a petri dish in his lab. But few realize that his work lay dormant for over a decade until another team of scientists saw its potential and put in the years of work needed to engineer it into a miracle cure.

That’s why so few organizations can innovate well.  It is such hard, heartbreaking work. It doesn’t lend itself to shortcuts or “silver bullet” solutions. Truly breakthrough innovations are never a single event, nor are they achieved by one person, or even within a single organization. Rather, they happen when ideas combine to solve important problems.