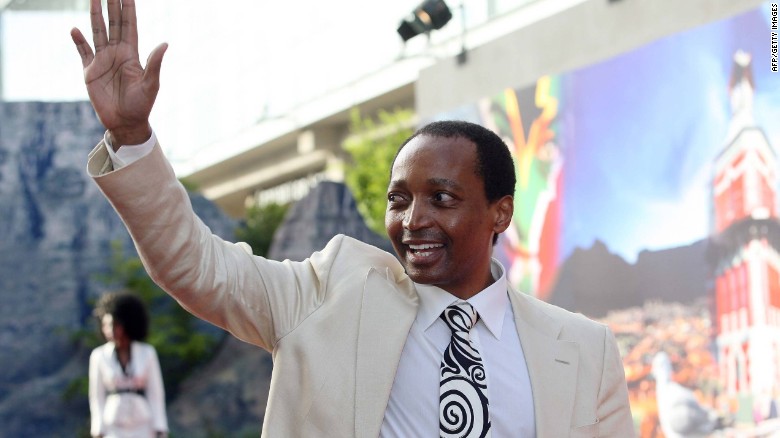 Patrice Motsepe is a man who quite literally struck gold.

In 1997, when the gold market was close to its lowest in the last three decades, he started buying gold mines at favorable prices and later founded the first South African black-owned mining company, African Rainbow Minerals.

Crucial to his fortunes were also the black economic empowerment (BEE) policies that the country implemented upon its transition to a democracy from apartheid — the BEE laws required businesses to have a minimum 26% black ownership before a mining license would be granted — yet some criticism lingers on whether the benefits have been distributed fairly.

Nevertheless, Motsepe is now a mining magnate, with a net worth of $2.2 billion, with investments and managerial positions that stretch across several companies.

To give back to his fellow South Africans, he created theMotsepe Foundation, who uses his wealth to educate, support and help people in need, with the ultimate goal of rendering them self-sustaining and independent.

A lawyer by education, he was named South Africa’s Best Entrepreneur in 2002.

Here are seven key facts about his life:

1.) His name, Patrice, is a homage to Patrice Lumumba, the first elected Prime Minister of the Democratic Republic of Congo — Lumumba played a crucial role in the country’s path to independence from Belgium, and was executed in 1961 following a coup that deposed his government.

2.) In 2013, Motsepe donated half his wealth to charity, a move inspired by the actions of Bill Gates and Warren Buffet, who have long been encouraging billionaires to distribute their wealth. The money is managed by the Motsepe Foundation, and used to improve the lifestyles and living conditions of the poor, the disabled, unemployed, women, youth, workers and marginalized South Africans.

3.) He is the owner of Mamelodi Sundowns, a Pretoria-based football team that’s nicknamed The Brazilians, in reference to the yellow and blue uniforms that echo those of Brazil’s national team.

4.) Motsepe is currently the 847th richest person in the world according to Forbes magazine, with a net worth of $2.2 billion. He is one of seven South Africans in the list, and the only black man. His highest seeding in the same list dates back to 2008, when he reached number 503.

5.) He abides to the South African philosophy of Ubuntu, meaning “I am because you are,” which expresses an idea of connectedness: “It has always been part of our culture and tradition to assist and care for less fortunate and marginalized members of our communities. This culture is also embodied in the spirit and tradition of Ubuntu,” he said.

6.) He started working at an early age, during school holidays, in his father’s Spaza shop, a type of convenience store popular in South Africa. It was situated in Hammanskraal, a small town north of Pretoria where is father, Augustine, had been banished following his criticism of the apartheid regime.

7.) He has blue blood: he is a prince in a clan of the Tswana tribe, one of the largest black minorities of South Africa, where the Tswana language is also one of the eleven official idioms.

Talking to CNN’s Marketplace Africa, Motsepe delves deep into his business strategy and reveals: “We built a mine in a province where we currently employ 5,000 employees. When we got there, there was a 90% unemployment rate. And there was no spirit of small business, of supplying goods and services to the mine.”