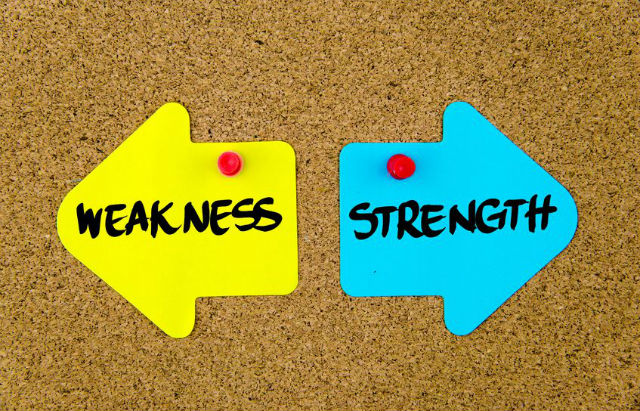 Yan Wang, the former CFO of VitalSmarts, didn’t survive Mao’s China by taking outlandish risks such as questioning those in positions of authority. As our CFO, she did impeccable work with the highest ethical standards. But challenging the status quo was deeply unsettling to her — especially if it meant critiquing the actions of one of our company owners.

She was literally trembling one day when she suggested to my colleague Al that the few dollars he was bringing home from selling copies of our book at public events was hardly worth the time it took our accounting team to process them. She fumbled around the issue until Al said, “So what are you suggesting I do, Yan?” She gulped an enormous amount of air and finally confessed, “It would be smarter to just give them away.” Al agreed. Yan was almost always right. It just took a while to figure out what her opinion was.

Fast-forward a decade. Our company had grown tenfold, and so had Yan. She had become the backbone of accountability in our company. No one, including major shareholders, was off-limits when it came to maintaining standards and creating a culture of fiscal stewardship. Her team was at the forefront of identifying ways to maximize our margins.

Yan’s story is not uncommon. Our research shows that 97% of people can readily identify a career-limiting habit they have. We’re unreliable, lack empathy, avoid conflict, or fear risk. While we’re clear that our weaknesses cost us both personally and professionally, few of us make any progress in turning them into strengths. In fact, managers report that after giving people feedback in a performance review, fewer than 10% of them look any different a year later. But it doesn’t have to be that way. Like Yan, we can make substantial change in relatively short order. The key to improving most weaknesses is to:

Chronic weaknesses are usually not due to simple cognitive or behavioural gaps in our abilities. When you’re sitting in your office with a daunting presentation to prepare, and you keep checking your inbox and returning calls instead, it isn’t because you are bad at prioritizing. Rather, you are playing out a deeply habitual and practiced response to feelings of anxiety, inadequacy, or fear. Most of our bad habits have this same nature; more is going on than meets the eye. The way to make progress is to identify the nature of the moments that provoke these ineffective responses. Pay attention to the times, places, social circumstances, moods, physiological states, or risk perceptions that incite you to act in ways that lead to bad results. These are your crucial moments. The good news about crucial moments is that they shrink the size of your problem. Change seems daunting when you think it requires eternal vigilance. In fact, it’s usually about handling a few minutes per day better than you have in the past.

Yan became aware that her crucial moment was when she felt a need to disagree with someone with greater organizational power. She was pretty blunt with peers and direct reports, but speaking up to the owners of the company contradicted every instinct. She felt encouraged when she realized that she didn’t struggle with candor in general — only in those specific circumstances.

The Swedish psychologist Anders Ericsson has shown that our learning curve steepens the most when we engage in what he calls deliberate practice. These are brief episodes of intense focus where we practice a skill under relatively real conditions. If these intense practice episodes are coupled with immediate feedback, learning accelerates even more. Psychologist Albert Bandura refers to this as guided mastery and found that we can overcome profound emotional barriers to success if we engage in this kind of skill rehearsal under circumstances with the right mix of safety and challenge.

Once you identify your crucial moments, do what Yan did: Identify moderately challenging situations where you can practice the target skill. For Yan, simply framing these occasions as “practice” lowered the stakes and increased her motivation to attempt them. Following each attempt, she did a mental debrief, rating her effectiveness and stress level. Over time, she found the first rating went up and the second went down, which gave her a greater sense of competence and confidence for the next round. She was careful not to jump into the deep end of the pool at her first attempt. She began by challenging business owners who were late in turning in their expenses. Later she addressed concerns about their spendthrift tendencies — something she felt even more anxiety about.

An important element of deliberate practice is the focus on a discrete skill. Yan studied up on skills for crucial conversations and decided to focus on one: creating safety. She opened a conversation by making an overt reference to the common purpose she hoped she shared with the person she was confronting. In her first attempt, she found this gave her a sense of confidence by suggesting a script with which to begin. But her confidence grew even more when she saw how it put the other person at ease and reduced defensiveness.

Be sure your plan includes development of skills for managing the inevitable emotions that accompany confronting a weakness. Simply forcing yourself to attempt a terrifying or uncomfortable behaviour is not a success in and of itself; provoking these unpleasant emotions will simply reinforce that this is an act to be avoided. You must seek out tactics you can use to make the unpleasant act more pleasant, or at least manageable. By doing so, you gradually retrain your brain to change its formula for predicting how you’ll feel in your crucial moments.

Yan found that her emotions calmed if she took a moment to clarify her motives prior to opening a crucial conversation with a more powerful person. Before scheduling the conversation, she paused, took a deep breath, and asked, “What do I really want?” Historically, her desire was to avoid conflict with powerful people, but this conflicted with her deeper values. As she pondered what she really wanted, she connected with her desire to be a person of integrity and strength. This awareness helped her subordinate her fears to something more important — and quieted them significantly. It gave her a feeling of focus and determination.

One of my most cherished memories of Yan is the day she let me know that I had wronged her. She told me with great conviction that I had been unfair in the stock award she had been given, relative to others in the firm. She tactfully expressed her disappointment and laid out her case for a different calculation. I ultimately agreed with her argument. But more important, I was struck that the person who admonished me that way was markedly different from the one who trembled out a suggestion to Al just a few years earlier.

You can change your own career-limiting habit if you identify your own crucial moments, seek out brief and intentional opportunities for deliberate practice, and build skills in addressing emotional barriers to your progress. Don’t let fear or inertia hold you back.