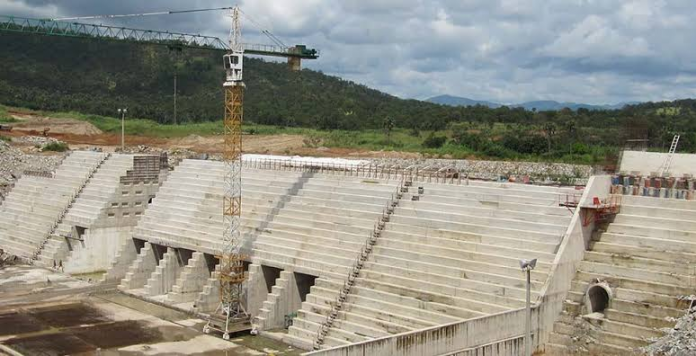 The Mambilla hydropower plant is a 3,050 Mega Watts (which has now been scaled down to 1,525 MW) power station under development in Nigeria. It was conceived in 1972, but 50 years later, it is yet to take off.

When eventually completed, it will be the largest power-generating installation in the country and one of Africa’s largest hydroelectric power stations.

The Mambilla power plant located in Kakara Village, in Taraba State, Nigeria, sits across the Donga River. For 5 decades, the project has been in the works. In those years, every succeeding administration has emphasized how critical the project is to the power sector in the country.

Yet, from generation to transmission and distribution, the country’s electric power sector is wanting and plagued by regular outages.

Although conceived in 1972, it took the government 35 years to make some form of progress when China’s Gezhouba Group was awarded the contract in 2007 to develop the project with a 2,600MW installed initial capacity.

With the ground survey for the project completed in August 2010 and environmental approval in December 2011, the capacity of the project was after that increased to 3,050MW in 2012.

However, the project was put on hold due to administrative clashes until it again received government approval when the Federal Ministry of Power Works and Housing awarded the project development contract to a consortium of three Chinese companies, including the Gezhouba Group, in November 2017.

The Mambilla project is currently conducting site surveys, sensitization, enumeration, skill acquisition, capacity building programs, and preparation for compensating affected groups. The federal government earmarked N650m as counterpart funding, way leave consultancy, and survey fees for the Mambilla Power Project in the 2022 budget. This is in addition to over N10bn spent on this project in the last six years without the project taking off.

Set-Up of the Hydropower Plant

The four dams to be constructed on the Dongo River for the Mambilla hydropower project include Nya, Sumsum, Nghu and Api Weir dams.

Nya and Sumsum will be 100m and 35m-tall roller compact concrete dams with a crest length of 515m and 460m, respectively.

Nghu will be a 95m-high rock-fill dam with a crest length of 650m, while Api Weir will be a small regulatory dam to raise the river’s water level.

Nya and Sumsum dams will be connected through a 16km-long, 6m-diameter tunnel, whereas a 1.5km-long and 10m-wide canal will connect Sumsum and Nghu dams.

The headrace canal for the plant will be 3.1km-long and 15m-wide.

Each underground powerhouse of the plant will measure 175mx27mx38m and house six 250MW Pelton turbine units operating at a total dynamic head of 1,007m. The diameter of the power shafts connecting each turbine will range between 5.25m and 8.40m.

Two 6km-long tailrace tunnels for the plant will be 8m diametre each, while the tailrace canal will be 3km-long and 25m-wide.

Benefits of the Mambilla Project

The Mambilla project will be commissioned in 2027 if construction begins this year. Besides creating about 40,000 direct and indirect jobs for Nigerians when completed and enabling the growth of many more through more reliable energy services, Mambilla will have several additional benefits. These include the fact that it is low carbon electricity. The renewed drive to cleaner energy will help Nigeria achieve its Vision 30:30:30 when it hopes to achieve 30 per cent renewable energy and 30GW capacity by 2030.

It will increase regional trading as power from Mambilla could be partially exported to a group of 14 member countries and 27 national utilities. Building this market could save about $5 to $8 billion per year regionally and allow for greater direct use through irrigation and farmland development to improve agricultural production and food security.

Shortfalls of the Mambilla Project

Mambilla plans to use existing grid infrastructure to transmit generated power. Yet the country’s transmission and distribution infrastructure are insufficient and bottlenecks already routinely prevent evacuating power. However, exporting power to the West African Power Pool (WAPP) could partially alleviate this issue.

The Chinese Export-Import Bank is funding 85% of the estimated $4bn (initially $5.8bn) project cost, while the remaining 15% funding will come from the Federal Government of Nigeria.

The Federal Government will owe a massive loan to China EXIM and the remaining 15% counterpart funding, which will need to be repaid in a loss-making market. Nigeria’s electricity market lost combined revenue of about ₦1 trillion in 2019. About a third of these losses were due to unbilled or uncollected revenue, and the rest to generation constraints that the dam is meant to alleviate.

Completing the Mambilla hydropower plant, which has been in development for 55 years (if completed by the projected 2027), remains to be seen. Going by its history of administrative clashes, a change in administration in 2023 could pose significant risks to construction.