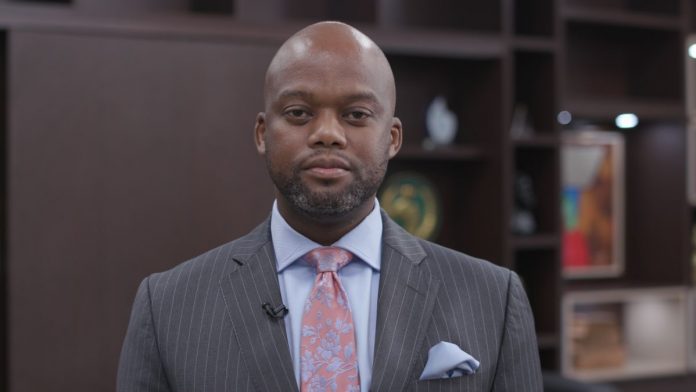 I first read about Wamkele Mene two years ago when Dr Ngozi Okonjo – Iweala was nominated as Director-General of the World Trade Organisation. I embarked on research on the WTO and its African representation, and the name popped up. I have followed him since then, completely in awe of his leadership style.

Wamkele Mene was elected by the 33rd Ordinary Session of the Assembly of Heads of States & Government of the African Union, to the position of Secretary-General of the African Continental Free Trade Area (AfCFTA) Secretariat.

Prior to being elected Secretary-General of the African Continental Free Trade Area (AfCFTA) Secretariat, he served as Chief Director: Africa Economic Relations, at the Department of Trade & Industry of South Africa.

Prior to assuming this position, Wamkele was Director: International Trade Law & Investment Law at the Department of Trade & Industry, a role in which he was principal legal counsel on international trade law and international investment law.

From 2010 until 2015, Wamkele represented South Africa at the World Trade Organisation (WTO) in Geneva, Switzerland.

During his posting to the WTO, Wamkele was elected by over 130 governments to the position of Chairman of the Committee on International Trade in Financial Services, a committee comprising trade negotiators, financial regulators and financial policymakers from over 160 countries.

Prior to joining the government, Wamkele worked for the law firms Simpson Thacher & Bartlett LLP in London and Milbank, Tweed, Hadley & McCloy LLP in Hong Kong.

Wamkele Mene deserves to be our African of the Week.