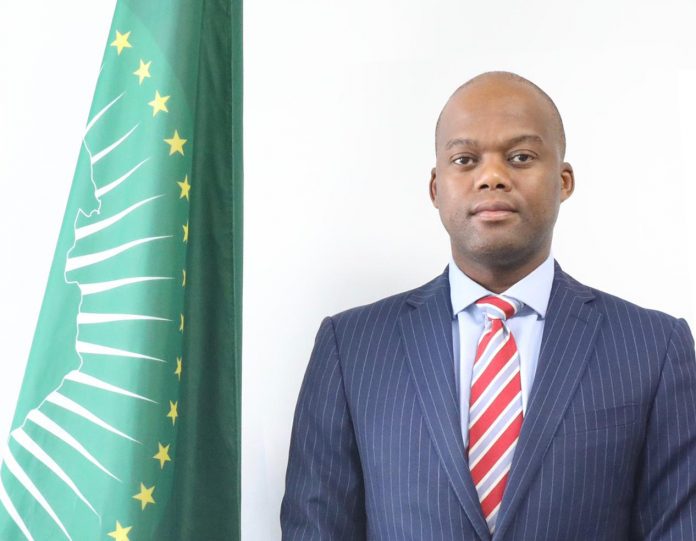 The AfCFTA initiative is widely considered to be a potential game-changer in terms of Africa’s economic fortunes. Secretary-general Wamkele Mene spoke to African Leadership’s Stephen Williams in this exclusive interview.

Mr Secretary General: Thank you very much for talking to the African Leadership magazine. Could we ask you about your background before you became the Secretary-General of the AfCFTA?

Before answering your question, I will like to thank the African Leadership magazine for this opportunity and your work over the past decade or so, as it were, “telling the African story from an African perspective”.

This is an exciting time in Africa and an opportunity of a lifetime to make Africa work for Africans. Today, African countries trade more with the rest of the world than themselves. Only up to about 18% of all trade on the continent occurs between African countries. In Europe, about 70% of trade happens within the continent, while in North America and Asia it’s about 54% and 51% respectively.

This is a major source of concern for a continent with about 17% of the world population but accounts for only 2.1% of world trade and 2.9% of world GDP.

The AfCFTA presents an opportunity to accelerate intra-African trade and use trade more effectively as an engine for growth and sustainable development to create more jobs and more economic opportunities for the citizens. Therefore, the AfCFTA is about the 1.3 billion Africans and their livelihoods.

I bring to my job, as Secretary-General of the largest free trade area in the world since the formation of the World Trade Organization, by a number of participating countries, extensive knowledge of trade issues in Africa, including trade policy and diplomacy; trade representation; government to government representation; as well as investment and resolution of investment disputes.

I am a trade diplomat, and before my election by the 33rd Ordinary Session of the Assembly of Heads of State and Government of the African Union to the position of Secretary-General of the African Continental Free Trade Area (AfCFTA) Secretariat, I served as Chief Director: Africa Economic Relations, at the Department of Trade and Industry of South Africa.

Prior to that, from 2010 until 2015, I represented South Africa at the World Trade Organisation (WTO) in Geneva, Switzerland. During my posting to the WTO, I was elected by over 130 governments to the Chairman of the Committee on International Trade in Financial Services (2013-2014), a committee comprising trade negotiators, financial regulators and financial policymakers from over 160 countries. Before joining the government, I worked for the law firms Simpson Thacher & Bartlett LLP in London and Milbank and Tweed, Hadley & McCloy LLP in Hong Kong. I have written and lectured internationally on international trade law, investment law, and business law.  I am conscious of the high expectations Africans have of this secretariat. With the continued support and cooperation of the member states, development partners and all Africans – at home or in the diaspora, this agreement would be successfully implemented.

Click HERE TO ACCESS THE FULL INTERVIEW on pages 18 – 22 of the April 2022 edition of the African Leadership Magazine.