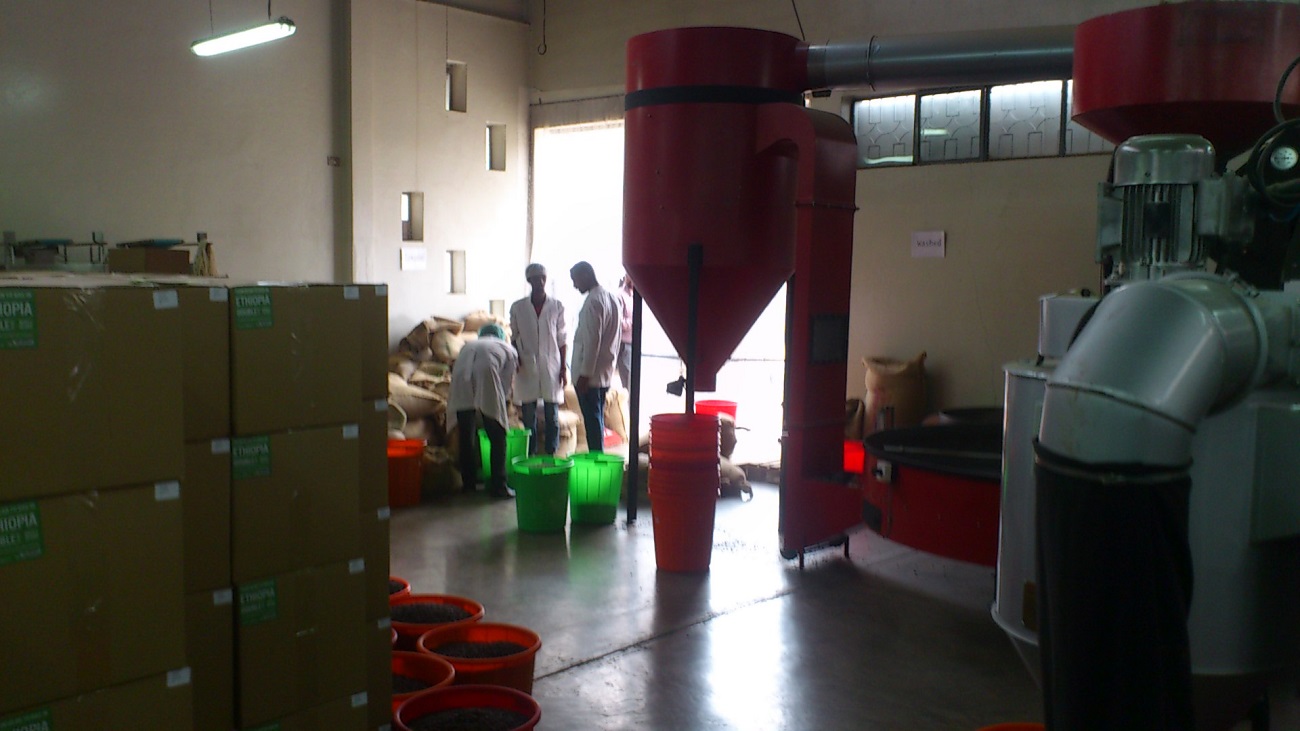 After visiting Addis Ababa, it was interesting to see how blockchain is improving the supply chain. Ethiopia has one of the fastest-growing economies in the world and is Africa’s second most populous country. Its main exports are coffee, livestock and flowers. With consumers demanding more detailed product information, new technology can help transform operations and add value to production lines across East Africa. Moyee Ireland is one company creating transparency so customers can enjoy coffee with peace of mind. They have a roastery in Addis Ababa itself which employs local people. This is a game changer because 99.9% of coffee is roasted in Europe. It was great to meet Ephrem Tesfaye face to face at the site to discuss advancements.
“Blockchain technology has the power to change all industries, but in developing nations such as Ethiopia, it will hopefully help local farmers see an increased return on their hard labour,” said Tesfaye, Supply Chain manager for Moyee. “By proving the origins of the coffee as well as its purity, they will be able to sell for what it’s actually worth and not the current deflated price.”
The Ethiopian Coffee and Tea Development Agency was established in 2015 to benefit the industry. Along with the Ministry of Agriculture (MOA) it is making Ethiopia’s coffee products competent in the global market. Currently the nation is competing with Brazil, Colombia, Indonesia and Vietnam. Authorities are planning to expand the size of coffee producing land from 700,000 to a million hectares by 2020 with income reaching a billion USD.

The government’s Ministry of Science and Technology (MST) have undertaken a similar blockchain project after signing a deal with distributed computing platform, Cardano. The memorandum of understanding was agreed at a forum on May 3rd. It will include training 100 local developers in the Haskell programming language. Cardano runs blockchain for the Ada cryptocurrency and is currently the only wallet that allows transfers to other wallet addresses. It was created by development firm Input Output Hong Kong and led by Charles Hoskinson, former co-founder of BitShares and Etherum. The system includes smart contracts, decentralized applications, side chains, multi-party computation and metadata.

Ethiopia shipped US$2.9 billion worth of goods around the globe in 2017, up by 10.5% since 2013. On a per-continent basis, $1.2 billion or 42.7% of Ethiopian exports by value were delivered to Asian countries while 29.1% were sold to European nations. Ethiopia shipped another 16.8% worth of goods to fellow African nations, with 8.5% of shipments going to customers in North America. The country has an average age of 18 and a population of nearly 110 million.

Global trading currently operates much as it has since 1956 with manual paper-based processes. The supply chain is slowed down through the complexity and volume of point to point communications. Blockchain technology creates a portal which is accessible by the entire echo system. It is a tamperproof way to digitise trade workflow and track shipments. The average number of communications to export a single container of flowers from East Africa to the Port of Rotterdam is 200 – a huge waste of time and paper. Using a decentralised ledger creates trust, security and improves efficiency.

A blockchain platform displays each distinct entity involved in a transaction. With import / export this would be growers, export authorities, ports, customs and importers. Exporting flowers from Ethiopia requires the signatures of three different agencies approving the export, and six documents that describe the origin, chemical treatment, quality of the produce and customs duties. Using a PC or mobile device people can access all the information and approve each stage. It’s a simple way to keep every member of the supply chain updated.

Another sector where the technology is making big strides is Ethiopia’s horticultural industry. A business called FloraChain wants to create an unprecedented network that maps a flower’s journey from grower to consumer. Exporting fresh produce has always been a tricky business and controlling temperatures during transit is a number one priority. Ethiopian Airlines currently charter 10 flights every week to Belgium for flowers alone, so it’s an area that could benefit massively from blockchain. Known as the coldchain, a rose’s journey from the fields of Ziway in Ethiopia to a consumer’s table in France is a long one – but also needs to be fast.

“By uniquely leveraging IOT we have created a digital bridge for growers, factories, distributors and consumers,” said Brian Kanda, CEO. “Florachain want to transform the industry by working with every participant along the production line to create a world in which access to data equals integrity, sustainability, quality and longer vase life.”

A solution could lie with Switzerland’s national postal service Swiss Post who are devising solutions to control the temperature of goods in transit. They are working with Modum, a Zurich-based developer of sensors, to utilize smart contracts and IOT. Swiss Post has already seen several initial successful pilots of temperature-monitored shipments delivered. Modum claims to offer a “passive monitoring solution” that continually monitors environmental conditions and verifies information gathered against smart contracts. If temperatures are recorded outside the threshold, a notification is sent to the sender and receiver.

Visiting Ethiopia and seeing coffee being processed first-hand was a great insight into how technology is developing. Blockchain and the Internet of Things are making processes a lot simpler and finding many solutions to century-old problems. Farmers can now monitor their crops in real-time and business owners can see an entire overview of the production line – all via a smartphone, tablet or computer. From the smallest issue such as a faulty hose, to the biggest issue like an unsigned multi-million-dollar contract or fraudulent activity – blockchain is here to stay, and there is no place it can do more good than in the import and export of perishable goods.