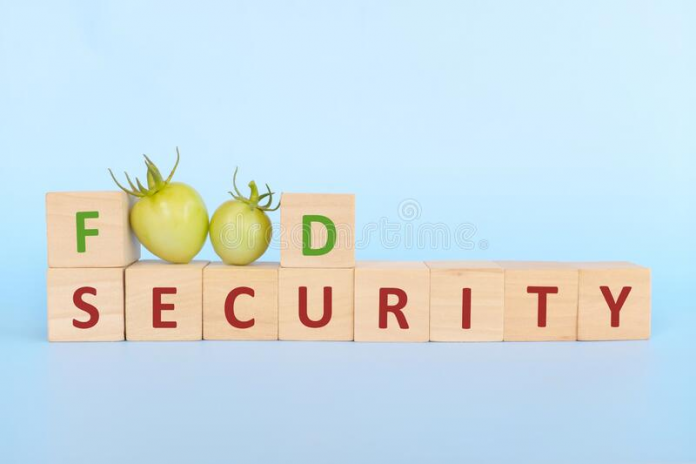 ” One cannot think well, love well and sleep well if one has not dined well”.

If you want to know the connection between thinking, loving, sleeping and dining, then engage a hungry man in a conversation and realise that all you get is discordant responses, anger and restlessness.

This is so because his body system at that moment only longs for food hence the adage, “a hungry man is an angry man”.

Food is essential to the body, and as human beings, we eat to live and function effectively.
Unfortunately, not all people can boast of having food to eat as hunger thrives across the globe, just as food insecurity also exists alongside. From the developed to the developing and underdeveloped nations of the world, the issue of hunger lingers.

It was to find a lasting solution to this and other problems facing human existence that the UN adopted the 17 Sustainable Development Goals, SDGs, in 2015 to make the world a better place by 2030.

This involves supporting small-scale farmers and equal access to land, technology and markets. It also requires international cooperation to ensure investment in infrastructure and technology to improve agricultural productivity.

The Zero Hunger goal focuses on finding sustainable solutions to stop hunger in all parts of the world and making sure that enough nutritious foods are available to people by 2030.

The number one cause of hunger worldwide is poverty. The majority of people around the world are too poor to be able to buy food the same way they also lack the resources to grow their food.

Data from the Food and Agriculture Organisation, FAO, showed that worldwide, more than enough food is grown to feed the global population. Despite that, as many as 811 million people still experienced hunger as of 2020, while around 660 million people may still face starvation in 2030, partly due to the long-term effects of the COVID-19 pandemic on global food security, economic downturns, climate change and others.

Going by the figures, there are projections that the world is unlikely to achieve SDG 2(zero hunger) by 2030.

It is however important to make sure the world achieves the zero-hunger goal because when people can feed well, they can positively participate in economic activities to impact socio-economic development across the board and ultimately aid the achievement of other goals listed under the SDGs.

It then becomes inevitable to put in much effort to ensure that as many people as possible do not go to bed hungry and ensure that the poor and people in vulnerable situations have access to safe, nutritious and sufficient food.

While it may sound simple that the solution to hunger is to get food for the people who need it when they need it, achieving food security goes with a lot of factors which need extra planning. Hence, individuals, governments and institutions at each level must work hand in hand to end hunger and achieve food security.

One of such efforts toward achieving the set goal is to reduce food wastage. Though it sounds simple and could be termed irrelevant to some people, a little bit here and there, saved from wastage, could help feed one or two people.

Food donation and feeding the needy can also go a long way in meeting the targeted goal. This can be carried out individually or collaboratively through partnerships with non-governmental organisations, corporate bodies and as many that share in the vision of putting food on the tables of others.

Policymakers and other stakeholders also need to be more intentional in supporting farmers by putting infrastructures such as storage facilities and good roads in place to ease the movement of produce from the farm to the market. Over time, this has been a major hindrance which leads to loss of production and brings about a shortage of food, especially in developing nations.

Also, farmer education at a time such as this has become very important to get the best of the farmland and improve agricultural productivity through the adoption of technology in certain areas of production. Institutions and bodies can take up such responsibilities to invest in building capacity for farmers and also assist in getting the required technology.

In all of these, one question that is likely to be asked is why should I care?

We all need to care and work towards ensuring a better future for everyone and part of that is ensuring people have enough food that is safe and nutritious because a world with zero hunger is a world due for growth and development.