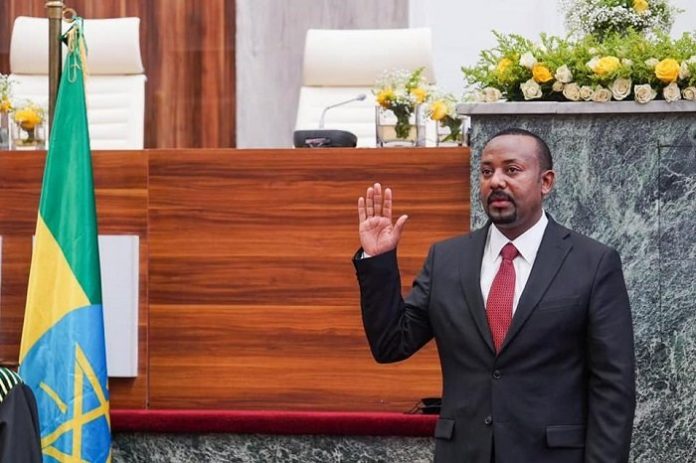 Ethiopian Prime Minister Abiy Ahmed has been sworn in for a second five-year term to lead a country beset by war.

Mr Abiy’s Prosperity Party was declared the winner of June’s parliamentary elections, which were criticised by opposition parties but described by external observers as improved from past elections.

Mr Abiy won the 2019 Nobel Peace Prize for restoring ties with neighbouring Eritrea and for pursuing sweeping political reforms. He is dealing with a war that is spreading from the Tigray region and ethnic violence.

After his swearing-in, leaders from the UAE, Kenya and Djibouti sent congratulations.

Three African heads of state – from Nigeria, Senegal and Somalia – attended the ceremony in Addis Ababa.

“Ethiopia is our mother. If our mother is not at peace, neither can the family be at peace,” he said.