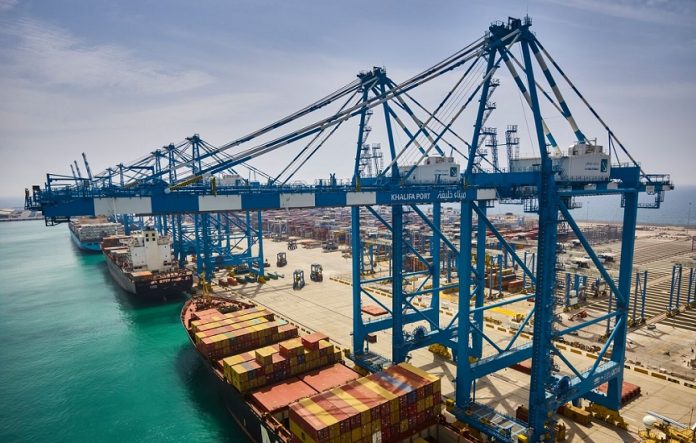 AD Ports Group, the operator of industrial cities and free zones in Abu Dhabi, and India’s Adani Ports have signed a preliminary agreement to explore joint investment opportunities in Tanzania.

The two companies will collaborate on potential end-to-end logistics infrastructure and solutions, which include services for rail, maritime, port operations, digital services and an industrial zone, AD Ports said in a statement on Thursday.

The companies will also establish maritime academies in the East African country.

The agreement “is significant in its impact on both Tanzania’s ability to transform itself into an African trading hub, as well as our ability to further develop our global capabilities and connections that will bring goods to market faster and more efficiently”, Mr Al Shamisi said.

Tanzania’s freight sub-sectors are expected to post “healthy” growth rates in the short to medium term, with total trade growth projected to expand by more than 10 per cent in 2022 as the easing of Covid-19 restrictions encourages consumer spending on imports, according to Fitch Solutions.

Cargo over rail, road and port are all expected to improve in the long term, as Dodoma continues to invest in turning Tanzania into an international logistics hub for East Africa, it added.

The agreement between AD Ports and Adani Ports is expected to “improve and bring about positive change in the lives of communities, standing by our commitment to growth with goodness”, said Karan Adani, chief executive of Adani Ports.

“We continue to support local employment, as well as general economic growth in Tanzania and East African countries that will benefit from our investments through the collaboration with AD Ports Group,” he said.

The move is part of a flurry of agreements the Abu Dhabi company has signed to expand its international presence.

A few days before that, it announced that it will acquire a 70 per cent stake in Egypt’s International Associated Cargo Carrier for Dh514 million ($140m) as it seeks to increase its footprint in the Middle East and North Africa.