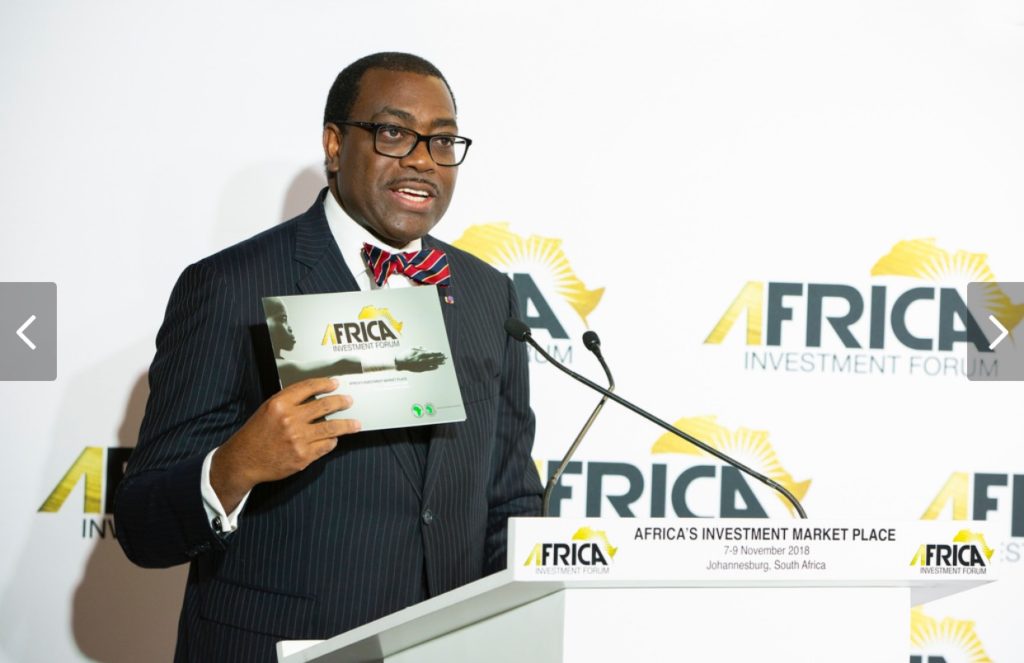 The Africa Development Bank (AfDB) says there is the need to bridge the gap between Africa’s available capital and bankable projects since it requires between 600 and billion dollars annually for development.

AfDB’s “African Economic Outlook 2018’’, financing Africa’s development report notes that out of the said amount, between 130 billion dollars and 170 billion dollars was needed for infrastructure yearly.

The AfDB, however, said it was working with other multilateral development partners and stakeholders to tackle the continent’s massive infrastructure and development needs.

To this end, the bank said it had concluded plans to organise its First Africa Investment Forum (AIF).

According to the bank, the Forum will also bring together private equity firms, and heads of governments to raise capital to advance Africa’s economic transformation agenda.

It said that the Forum would be 100 per cent transaction-based, with focus on structuring deals, screening and enhancing projects, as well as attracting co-investors.

The bank noted that the Forum, scheduled to hold between Nov. 7 and Nov. 9, in Johannesburg, would also facilitate transactions to unlock Africa’s multi-billion dollar investment opportunities.