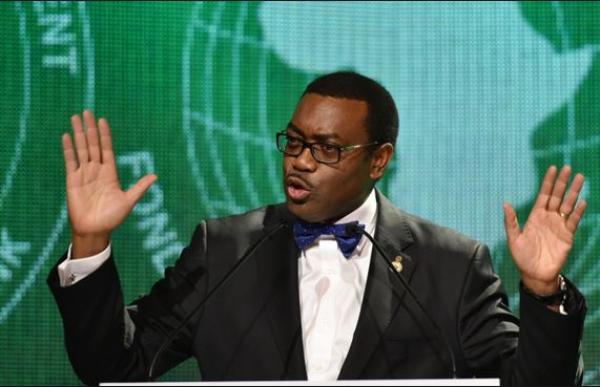 African Development Bank (AfDB) president Akinwumi Adesina has called for a reboot and boost of the erstwhile robust economic relations that existed between the United States of America and Africa, which lately has seen a steep fall.

Adesina, who made the call at a US-Africa business summit organized by the Corporate Council on Africa in Washington D.C. said that while business and economic cooperation between Africa and Asian countries were on the rise, the continent’s transactions with the United States have nose-dived.

China has become the largest trading partner for Africa with its exports to China rising to US$67 billion, a 153% increase over those of the USA in the same year. By 2015, China’s exports to Africa were US$102 billion, while US exports were US$27 billion, or 26% of that of Chinese exports to Africa.

“We need to reboot and boost U.S.-Africa commerce and investments. And the time is now! I was very happy that US Secretary of Commerce, Wilbur Ross, also mentioned that it was time to engage with Africa,” Adesina emphasized.

He added: “We must change the lenses with which we look at Africa, from the traditional development mindset to an investment mindset.”

Adesina gave many reasons it would be in the US’s interest to re-engage with Africa, especially at a time when African economies are performing well despite the tough global economic environment.

Furthermore, most of the best performing countries are the non-oil or non-commodity dependent economies such as Côte d’Ivoire which grew at 8.2%, Ethiopia at 8%, Tanzania at 7.2%, Senegal at 6.7%, and Rwanda and Kenya at 6%, respectively.

In addition to macroeconomic stability, Africa is witnessing a spate of good governance, rising domestic demand, and increasing regional trade. African countries are also implementing economic reforms, to the point where the continent accounted for 30% of all global improvements in business and regulatory reforms in 2016.

Adesina cited World Bank data which indicates that 34 out of 48 countries in sub-Saharan Africa had at least implemented one business regulatory reform in the previous year.

In Berlin early this week, German Chancellor Angela Merkel launched the G20 Compact with Africa, which will focus on expanding private investments, in the presence of Adesina and nine African Presidents. In addition, China, Japan, South Korea, and India have launched initiatives for Africa cumulatively valued at US$ 110 billion in recent months.

“They are looking for a place where investments will be sure to grow,” Adesina told the summit noting that the world cannot ignore a continent where household expenditures will rise to US$1.4 trillion in the next three years.

There has to be a close partnership between the US, the most powerful nation in the world, and Africa, the next investment growth frontier in the world, Adesina said.

This Soft Commodity Finance Facility (SCFF) is one of the core Trade Finance Instruments in the Bank, innovatively structured to provide pre- and post-shipment finance along various stages of ETG’s commodity value chain operations in the 17 countries expected to benefit from the initiative. This intervention will help local farmers and soft commodity suppliers grow their revenues and produce quality crops for export.

Specifically, the facility will be used to finance the procurement of identified agricultural commodities from over 600,000 farmers. Upon purchase of the soft commodities, the SCFF will provide working capital to ETG thus enabling the company engage in value addition/processing of the soft commodities such as cashew nuts prior to export, and provide funding to procure farm inputs (mainly fertilizer components for blending) to be supplied to farmers so as to ensure consistency and quality of the commodities being supplied to ETG

This Trade Finance intervention along the agricultural value chain will enable the Bank to reach many small-scale farmers indirectly through ETG, a pan-African aggregator that has deep knowledge of the market in which it has accumulated a 50-year track record; understands the agricultural sector operational risks and is able to mitigate and manage them.

Originally established in Kenya in 1967, ETG’s operations connect commodities sourced at the farm gate to local economies, from the local economies to the broader marketplace and emerging markets to each other and the world. ETG’s principal activities include; farm inputs and farm implements, processing of agricultural commodities and distribution. The Group employs more than 6000 people and has investments in bioenergy, farming, forestry and logistics and its operations are present in 26 African countries.

Thus, as one of the largest commodity aggregators on the continent, ETG plays a significant role in the promotion of agribusiness in countries where agriculture is on average the biggest employer, providing in excess of 70% of total employment and 77% of all women jobs. The Group’s operations are well aligned with four of the Bank’s High 5 development priorities, namely (Feed Africa, Industrialize Africa, Integrate Africa, and Improve the quality of life for the people of Africa.

Through the implementation of innovative programs such as this SCFF, the AfDB seeks to promote private sector development in line with its Ten-Year Strategy (2013-2022) and the Trade Finance Program, which aim to promote exports through support to agriculture and SMEs. The initiative is also perfectly aligned with the Bank’s Financial Sector Development Policy and Strategy (2014–2019) whose main priorities are to broaden and deepen Africa’s financial systems by putting finance at the center of Africa’s productive capacity.

“By channelling financial resources into agricultural value chains, the Bank is scaling up its interventions aimed at making Africa a net food exporter, self-sufficient in key commodities and operate commercially viable agribusinesses which are a core feature of the Feed Africa Strategy for Agricultural Transformation in Africa 2016-2025,” Adesina said.