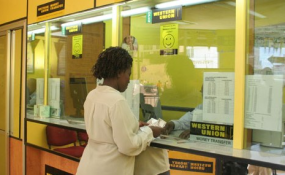 Many developing countries, particularly in Africa and Asia seem to re-define or have a wider view on Diaspora as ‘untapped important driver of social and economic development.’ The countries had for in the past under-estimated the powers of their citizens living abroad over economy.

Embracing the fresh views on ‘Diaspora,’ almost every country has been eyeing the growing Diaspora abroad as a source of foreign exchange that can help get individual move a step forward.

Awakened by the growing African Diaspora, Regional Co-operations like the SADC, EAC and AU have put into consideration the role their citizens abroad have been playing in social and economic development. Zanzibar too, has decided to designate Diaspora as its development partner.

President Dr Ali Mohamed Shein is thus in the forefront in wooing members of the Diaspora. The upcoming expected big ‘Diaspora conference’ here is a continuation of the government efforts to engage it’s ‘citizens’ living abroad in developing their home country.

Since the launch of a campaign to woo members of the Diaspora to show committement in taking part in development at home (Zanzibar), the government has organized two successful conferences.

The third conference is scheduled for next Wednesday and Thursday and organizers say ‘all’ have been going on well in preparation for the expected big event that may further open doors for Zanzibar’s speedy development. Mr Said Ameir from the organizing press unit says: “There are indications of success, because many members of the Diaspora around the world have shown interest of participating directly or indirectly.” He said the organizing team has been advertising, inside and outside the conference, anticipating a big turn-up.

Mr Salum Maulid Salum- Principal Secretary (PS), ‘State House and Revolutionary office’, said “So far we are on the right track. Every Tanzanians has a role to play to make the conference a success.

The PS said the conference with the theme “Mtu kwao ndio Ngao” literary meaning ‘Home is home, and home is the shield,’ will also be a forum to promote tourism and investment opportunities.

According to Mr Salum, the Diaspora meeting, being organized jointly between his office and the Ministry for Foreign Affairs and East African Cooperation, is expected to attract more than 400 people.

He said participants include Tanzanians (from Zanzibar) Diasporas currently living abroad and those who are already back home, other stakeholders and dignitaries, to discuss the role of members of Diaspora in nation building and promoting tourism.

“Let us work together to make the meeting a success, for the development of Tanzania and Zanzibar,” Mr Salum emphasized here ahead of the conference to be held at the ‘Zanzibar Beach Resort Hotel.’

President Shein is expected to grace the opening of the conference, while his union counterpart Dr John Pombe Magufuli is expected to officiate the closing of the ‘Third Tanzania-Zanzibar Diaspora conference.’ Both presidents have at different occasions explained the importance of Tanzania Diaspora to the development of the country appealing to their part in building the country.

Last year Dr Shein organized lunch here for the members of the Diaspora, an opportunity he used for familiarization and expressing how Zanzibar is already benefiting from the citizens living abroad.

At the lunch-meeting at the State House, attended by the Second Vice President Ambassador Seif Ali Iddi, legislators and government officers, Dr Shein said he recognizes the role members of Diaspora have been playing in social and economic development.

Those in attendance were from UK, Canada, US, Denmark, Sweden, Oman, United Arab Emirates (UAE), Germany, Netherlands, Austria, and Switzerland who were in the islands for a break. “Thank you for what you have been doing for your country.

Many countries have moved forward with support from Diaspora, will also look forward to have more achievements contributed by you,” Dr Shein said. Education has been one of the major areas in Zanzibar to benefit from members of the Diaspora; it includes the introduction of PhD program at the State University of Zanzibar (SUZA) in Kiswahili language.

Ambassador Mr Mohamed Ramia Abdiwawa, advisor to Dr Shein, on ‘Foreign relations, Investments, and Economy’ says “education sector has been benefiting a lot from the support from members of Diaspora.

“Teachers, equipment, financial support, and construction of schools buildings are some of the recorded contributions from members of the Diaspora and that people in Zanzibar are happy with the growing involvement of the Diaspora in pushing for development.

Ms Hafsa Hassan Bamba, from the Diaspora says the move by the government to involve them in a wider perspective is laudable. “I believe that each of the Tanzania- Zanzibar Diaspora is interested in taking part in social and economic development of the country,” says Ms Bamba. In the past, individual family’s development in Africa including Tanzania has been bolstered by members of Diaspora, without government’s recognition or acknowledgement.

The African Diaspora, since the mid-1990s have built a history of financial remittances to friends and relatives’ which has often served as a reliable source of stable income and lifeline for many of Africa’s poor. Financial remittances from the African Diaspora are fast and reach the poor directly making it an effective means of relief and rehabilitation and provide benefits to many people at the base of the African social class.

Some researchers argue that African migrants are now part of a large-scale, worldwide Diaspora or transnational community becoming one of the major global forces shaping the direction and trends in the twenty-first century.

They estimate African diaspora at more than eleven million who have often influenced western and eastern government policy-makers in their strategies and activities implemented towards Africa. Both individuals and groups within the African diaspora promote overseas business enterprise with their African homelands.

They undertake this activity by setting up their own enterprises in their respective countries or by collaborating with local businessmen. The researchers say that financial remittances by African diaspora to their continent of origin, has contributed tangibly towards poverty alleviation, economic development, savings, mobilization, productive investments and emergency aid.

According to the International Fund for Agriculture Development (IFAD), as quoted by online Mail & Guardian-Africa, the African remittance flows to and within the continent reach $40 billion per year.

The 30 million strong African diaspora fuels the continents’ budget to the tune of five percent of its total GDP. However, according to Adams Bodomo, a Hong-Kong based Ghanaian academic researching remittances, about 75 percent of all transfers are informal and, therefore, impossible to track.

Since not every person is lucky enough to have a diaspora friend or relative, the actual average estimated remittance value sent by a migrant equals $1,177 yearly. This is most often shared by number of relatives.