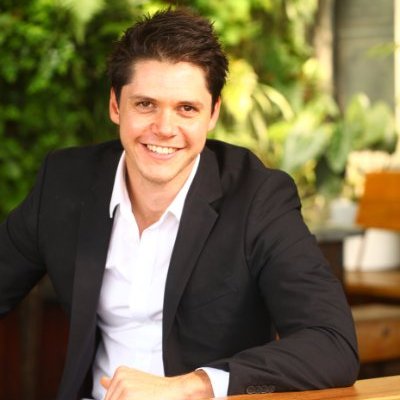 Statistics reveal that 1 in 3 Africans are between the ages of 10 and 24, and approximately 60 percent of Africa’s total population is below the age of 35. There is no doubting that Africa is the largest reservoir of youthful population who are intrinsically productive, ingenuous and drivers of economic growth.

Andrew Robinson, the Chief Executive Officer of Kit Group, a textile manufacturer in South Africa, is one of the selected 25 successful entrepreneurs for this project. At the age of 13, he started his first business, tailored towards meeting the needs of his fellow classmates. The 38-year old Robinson focuses on turnarounds, distressed assets, and businesses and environments that most people would run away from. Less than 2 years ago, he took an equity position in Kit Group, and came in as CEO.

Headquartered in South Africa, Kit Group is a manufacturer and supplier of uniform and personal protective equipment (PPE), with operations in Angola, Mozambique, Botswana and Namibia– and over 40 factories in its network, creating employment for over 10,000 people. It is the largest clothing supplier to the South African security industry, which employs over 500,000 people.

In an exclusive interview with African Leadership Magazine, Robinson talks about his inspiring entrepreneurship journey, and shares some of the lessons he has learnt in business in the past 25 years. Excerpt:

Being an entrepreneur and the Chief Executive of Kit Group South, a leading textile manufacturer in Africa, the African Leadership Magazine selected you for inclusion on the exclusive project designed to provide mentorship and influence for Africa’s teeming youths. Kindly tell us more about yourself.

My business strategy is built on a conviction that Africa offers the best opportunities for entrepreneurs chasing returns. The continent is daunting and exciting but success hinges on finding the right deals.

I started in business at a very young age and have – so far – worked in food, consumer goods, technology and motorcycles. I brought giant Indian brand Bajaj to the South African market.

I grew up in very modest circumstances, raised by parents who weren’t wealthy, but who gave me something far more valuable than money – a desire to succeed and a firm belief that I would. I was encouraged to climb the highest trees and then given the responsibility for the consequences of my actions. And believe me; falling out of trees is a good way to learn all about risk!

On a personal level, I am passionate about making a difference to the lives of people and I believe in the concept of servant leadership. When my eulogy is being read, I do not want to be known for what I have bought with the money I have made but rather for what I’ve done. I want to known as a man who loved, lived, learnt and built a legacy.

Family and friends are important to me. My home is my sacred space. There can be chaos around me but when I get home I leave it all behind. Being in nature, travelling and fresh air inspires me.

Finally, I have stopped listening to the noises around me and have realized that there is strength in vulnerability. When I am wrong I say sorry. I learn, I grow, and I move on. Of all the things I have learned this last one is probably the most important.

Our findings reveal that at the age of 13 you laudably began your first business, tailored to meet the needs of your class mates. Kindly tell us about your entrepreneurship journey.

This boils down to the age old question – are entrepreneurs born or made? How do we get people shake off the shackles of their middle or working class roots and build something that will be around long after they are gone?

This question is at the heart of capitalism; one that drives innovation, economic growth, job creation and all great businesses. Since I was a teenager I built, bought (and lost) several businesses, taken on a giant multinational company in court and tried to buy a state-owned company from one of SA’s neighbouring governments.

A lack of ambition has never been an obstacle!

I have been lucky enough to spend time with and be mentored by, some of South Africa’s top entrepreneurs: men and women who have built up truly spectacular businesses. Some taught me things I wanted to emulate, while others showed me things I am not prepared to do.

What they had in common was resilience, especially in the face of failure; the importance of knowing when to walk away from lost causes; and the value of making mistakes and learning from them.

In turn, I am trying to pass on what I have learned to other entrepreneurs. I believe in the motto made popular in political prisons during South Africa’s liberation struggle: “each one, teach one”.

The truth is that entrepreneurs are both born and made – you are born with your natural endowment of talents and, if you are lucky, into a society that supports enterprise. But it is up to you and your mentors to use these gifts wisely and for more than just yourself.

You have been quoted as saying: ”Although I am only 37, I suppose I have more work experience than most 50-year-olds.” Kindly share with us some of the unique experiences you have had in business, viz-a-viz some of the challenges and how you surmounted them in your journey to the top?

I have been working since I was 13 years old. At 38 I already have 25 years of work experience – more than many 50 year olds.

But I am certainly not at the top yet and won’t feel like I am until there is nothing left for me to learn. When that happens I believe I will die. Life is all about learning, growing and living and I choose to focus on what is still to come rather than what I have achieved so far.

What I have realised going through both successes and failures is that it is all about living in the now and being completely present. By focusing on turnarounds, distressed assets, and businesses and environments that most people would run away from means that every day is a challenge. It’s about turning the downs into up.

But if I was to talk about my achievements, I would put down learning not to take things personally near the top, alongside the realisation that you learn more from failure than success and that the fear of failure should never stop you from trying.

Something I got right really young was saving and living within my means. That way I have been in control over my own destiny and never had to be slave to circumstance.

A study has revealed that lack of access to funds, among many other challenges, is a major impediment and constraints to the success of young entrepreneurs to success. From your broad experience in business, how do you think young entrepreneurs can surmount this challenge?

The success that I have had came about because I take the time to properly run the numbers and strip out as much of the uncertainty as I can. There is still risk but doing this reduces it and makes it manageable. What I have to constantly work on is knowing when to walk away from a deal that is going south – this is very difficult when you are heavily invested in something.

Knowing how to manage risk and when to walk away is the key to longevity as an entrepreneur. Risk defines entrepreneurs but stupid risk is the hallmark of the gambler in the middle of a losing streak.

The most important things I can teach people is do your research and learn as much about your target as you can and do not get too attached to a deal that no longer makes sense. Nothing is personal. Stay objective, take out the emotion, but keep the passion. Always.

And while getting things wrong may be inevitable, it’s what you do with those mistakes that matters. Successful entrepreneurs break patterns and do things differently the next time. They also have the humility to listen to who I dub the “grey haired warriors” and surround themselves by experts. They learn from the mistakes of others, as much as from their own. And they wake up every day to do it all over again, but better.

Resilience in the face of sometimes overwhelming adversity is what separates entrepreneurs from mere managers. This is my guiding principle.

Kindly tell us 5 remarkable business lessons you have learnt over the years that would positively influence the next generation of entrepreneurs.

1.USE YOU HEAD, NOT YOUR HEART AND DO YOUR RESEARCH

One of the biggest lies told to budding entrepreneurs is that passion is enough and that if they follow their passion they will be successful. This is simply not true. Passion is important but on its own is not enough.

Logic, fundamentals, data, market analyses, competitor intelligence separate businesses that work from those that won’t. Don’t waste your time trying to sell things to customers who don’t have the inclination or money to buy from you. Your customer is the cornerstone of your business, and it is only by talking to them and finding out what they want and how they want it that you’ll win them over.

This is sad but true. There is simply no substitute for doing what is needed and in my experience more businesses fail because corners were cut than any other single reason. Before you open your doors, test all your assumptions. Gather data. Check what else is out there. Once you’re in business, innovate constantly and build and deepen relationships. And collect your cash.

3.RESPECT YOURSELF, YOUR CUSTOMERS, STAFF AND SUPPLIERS

As an entrepreneur you are there to satisfy your customers’ needs. To do this you need your customers to choose you, your suppliers to supply you, and your staff to deliver exceptional service to both. Respect provides the links in the chain. Communicate relentlessly using every channel at your disposal. Nothing beats clear, concise, targeted messaging.

4.IF YOU FAIL, BLAME YOUR ASSUMPTIONS AND NOT YOUR ENVIRONMENT

If you fail, blame your assumptions and not your environment. You assumed you understood your market, had the skills, had a great product, that  … but you were wrong and you’re paying the price.

5.IF YOU FAIL, GET UP AND START AGAIN (BUT WITH BETTER ASSUMPTIONS)

Failing once is not a problem, failing again for the same reasons is. Look at the things that went wrong and either take the necessary steps to fix them or change businesses. Don’t waste time blaming others or lying to yourself about why it all went wrong. 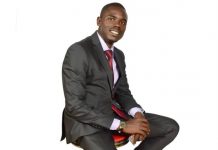 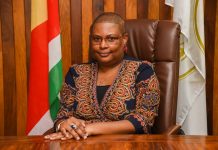