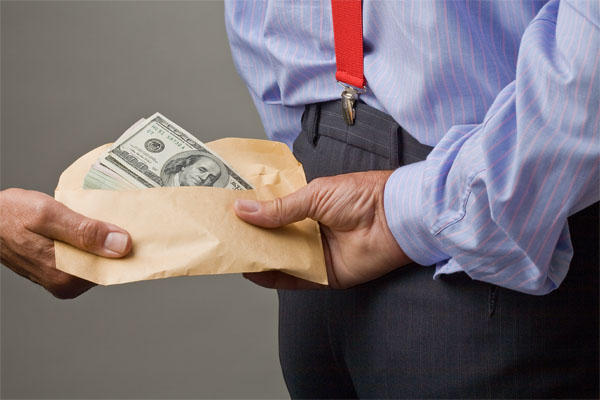 Without significant anti-corruption measures on national, continental and international levels, African states will continually expose themselves to the risks of corruption and illicit financial flows. Effectively tackling corruption will certainly increase the developmental prospects for African states, and is as important as stopping the IFFs that continue to thrive on the continent

The Mbeki report refers to IFFs as funds that are ‘illegally earned, transferred or used’ and moved across borders. The report, like many others on the subject, argues that if IFFs are reduced or halted, and the money used within the borders of a developing region instead, the magnitude of the flows involved will have significant positive outcomes on development, and reduce countries’ reliance on foreign aid. Currently, IFFs from Africa are estimated to be USD 50 billion per annum.

The report describes corruption as a cross-cutting issue that drives and fuels IFFs at every stage. This corruption includes payments made and job opportunities offered to customs officers, judges, police and other civil servants. Corruption also extends to the use of political influence to stop officials from doing their jobs, such as forbidding the vetting of mineral exports, or searching planes or ‘cutting of political deals to frustrate prosecution of crimes relating to IFFs.’

While the proceeds of corruption, such as bribes and embezzlement of state funds are thought toconstitute just 5% of illicit outflows, it has been argued that the proportion of total IFFs stemming from corruption may be higher in developing countries with less sophisticated organised crime andsmaller financial centres. It can also be argued that a failure to limit corruption first, will make thestemming of IFFs an almost impossible task.

Most conspicuously, corruption-related IFFs can originate with corrupt elites, and Africa has been party to this with a host of dictators, political elites and warlords shifting their illicit funds across the globe. Under the leadership of President Teodoro Obiang Nguema Mbasogo, Equatorial Guinea has suffered from rampant corruption, curtails on freedom and massive human rights abuses to maintain the power of a kleptocracy abusing the country’s natural resources. According to Human Rights Watch, the country ranks 136 in the Human Development Index and over 70% of the population live in poverty, despite an estimated GDP per capita of over US$32 000.

Details of the president and his family’s excess recently caught international attention when Teodorin Nguema Obiang Mangue, son of Teodoro, had to return US$30 million worth of assets seized by United States’ authorities and over US$200 million seized by French authorities, believed to be laundered money and the proceeds of corruption.

The seized money is a fraction of the total corrupt proceeds taken out of the oil-rich nation, andestimates put the family fortune at over US$600 million. The family was able to launder money across Europe, the United States and South Africa, with a number of high profile investments in prime real estate.

Yet, many other types of less-noticeable corruption also fuel IFFs with highly detrimental effects on state institutions and public policy. For example, companies can bribe government officials to negotiate favourable tax rates for resource extraction. This creates an illicit flow related to corruption, as well as tax evasion, and can compound the problems within a developing nation given the newly distorted tax rate and regime.

One notorious example of tax manipulation was that of US multinational Halliburton, and its subsidiaries, in Nigeria. In this case, it was found that the company had bribed a tax official with US2,4 millionfor favourable tax rates. This shifted the tax burden onto poorer citizens, exacerbating an already dire situation, and led to a loss on social spending – as the developing state no longer received an equitable share of tax income.

This type of behaviour means that despite a growing African economy overall, the poor remain poor and inequality increases, given that the state is unable to spend on public resources, such as education and healthcare, and unable to achieve broad based growth.

A sophisticated example of the link between IFFs and corruption, and the corrosive effects it can have on the state institutions, policy and the economy can be drawn from the case of former Tunisian president, Zine El Abidine Ben Ali. According to a World Bank report, Ben Ali and his family had manipulated regulations for their own personal and commercial benefit, damaging free trade within the country. The family were then able to move a large portion of their fortunes offshore with relative ease.

Studies reveal that the common denominator in this type of corruption-fuelled IFF by political elites is ‘the way in which the illicit proceeds of corruption were channelled to bank accounts in foreign countries, typically jurisdictions with high levels of banking secrecy’.

Helping tax-avoiding multinationals, criminals and corrupt public officials have been people in the professional services industry – lawyers, accountants and consultants – who are able to develop instruments such as tax breaks for clients, often treading a fine line between legality and illegality.

For example, multinational bank HSBC has been rocked by a wave of revelations about its banking practices, after data on clients was made public by a whistle-blower, shedding light on the types of crime and corruption connected to IFFs. Among the thousands of accounts in Switzerland, it was revealed that HSBC had facilitated banking for international and African ‘blood diamond’ traders on both individual and corporate levels, with full knowledge that these were high-risk clients. HSBC’s own communication also noted that customers were under investigation for diamond tax evasion. However, the bank willingly and knowingly avoided international and national protocols to subject the accounts to increased financial scrutiny.

The leak also revealed that HSBC had banked US10 million in 2006 for Fana Hlongwane, a South African arms dealer and advisor to former defence minister, Joe Modise. Hlongwane was at the centre of South Africa’s arms deal purchase – a saga tainted by claims of corruption up to the highest echelons of South African politics and regarded as the post-apartheid government’s ‘original sin‘.

The after-effects of the arms deal, and the related corruption, continues to plague the South African government and its institutions 15 years later. What makes the revelations about HSBC enormously concerning is the almost tacit acceptance of illegal money passing through its system.

The most damaging effects of illicit flows related to corruption cannot be captured solely in numerical or financial terms. Corruption related to IFFs can cause political and social damage undermining state institutions such as banks, financial intelligence centres, the police, and the judicial system, creating further impediments to investigate these flows. In time, the very institutions of accountability become corrupt, maintaining the power of corrupt political and economic elites.

Without significant anti-corruption measures on national, continental and international levels, African states will continually expose themselves to the risks of corruption and IFFs. Establishing Financial Intelligence Centres and anti-corruption bodies, and making them effective, are integral to limiting these corrupt outflows. The use of civil asset recovery procedures is also gaining traction in the international community, and states should develop these initiatives across the globe.

At the same time, the failure to recognise and appropriately punish those who facilitate illicit outflows will remain a stumbling block until stronger steps are enforced – including criminal prosecutions. Effectively tackling corruption will certainly increase the developmental prospects for African states, and is as important as stopping the IFFs that continue to thrive on the continent.

Source: This Is Africa 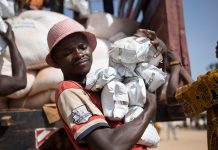