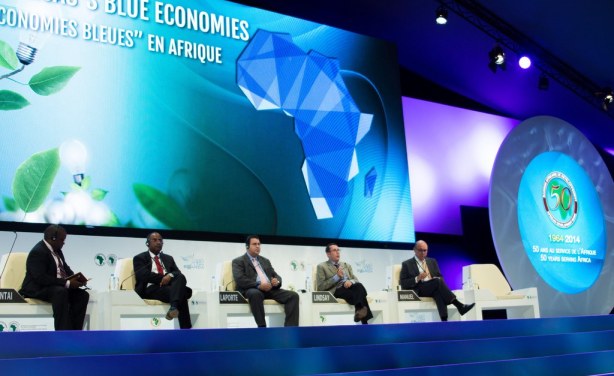 The Chinese government and the African Development Bank have entered a new $2-billion (about Rwf 1.5 trillion) financing agreement setting up an Africa-wide investment vehicle dubbed, “Africa Growing Together Fund.” The Fund is the biggest the Chinese government has signed off at once to Africa since the commencement of their partnership about four decades ago. The resources from the AGTF are expected to be provided over a 10-year period and will be used alongside the AfDB’s resources to finance eligible sovereign and non-sovereign guaranteed development projects in Africa. The deal was signed by AfDB president Donald Kaberuka and the Governor of Bank of China, Zhou Xiaochuan, on the sidelines of the AfDB annual meetings that end today in Kigali. “The importance of this signature says a lot about the relationship between China and AfDB. China is a friend of Africa that has invested in infrastructure and natural resources, but now this is the first time in Africa, we are taking a multi-lateral route,” said Dr Kaberuka. “China did not have to do this but they have done so because they want to assist in the development of Africa.” The AfDB chief added that China was inspired by the Bank’s strong record of fiduciary. “We look after our shareholders money, we invest well, and we have robust financial systems,” Dr Kaberuka added. Committed China Commenting on the initiative, Governor Zhou acknowledged the AfDB’s work over the last 50 years, and the great strides it has made in promoting growth and alleviating poverty. “China would like to go farther in partnering to develop Africa’s industrialisation and infrastructure. We are strengthening the financial cooperation and this new initiative is a supplementary to our traditional cooperation with Africa,” the economist said. He added that the Fund will provide flexibility and arenas of operation. “We believe that over the next decade, we are going to see growth and much higher prosperity in increasing people’s living standards. China would like to be part of this development.” The new Fund enables an additional $200 million in more or larger projects annually throughout Africa, on identical terms and conditions as for loans made by AfDB to the same projects. The AGTF is expected to be used to co-finance some projects before end of the year