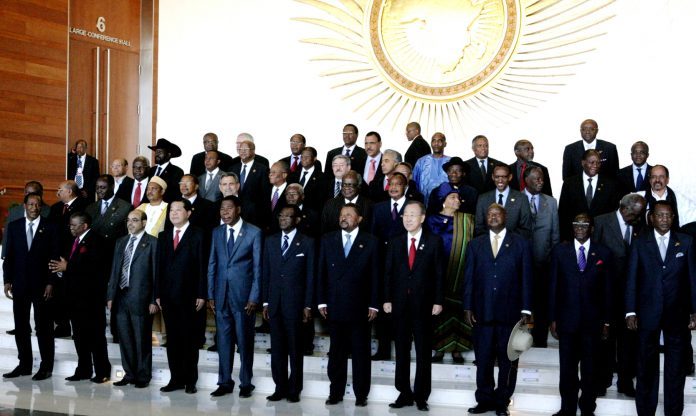 In January 1956, Sékou Touré was chosen as one of two members from the Parti Démocratique de Guinée (PDG) to represent French Guinea in the French National Assembly. That year, the French National Assembly passed legislation sponsored by Overseas Minister Gaston Defferre providing for limited self-government in France’s African territories. Called the Defferre Blueprint Law, it provided for the creation of semi-autonomous territorial government councils to be headed by African vice-presidents under the presidency of French territorial governors. On August 25, 1958, Sékou Touré told General Charles de Gaulle that the African people will never, under any circumstances, renounce their natural rights to freedom and liberty. He added that Africans are not French and that Africa cannot be reduced to French territories, before announcing famously: “We prefer poverty in liberty to riches in slavery.” As a result of this stance, France refused to give back Guinea’s financial resources which were deposited in the French territory. So, Kwame Nkrumah, who was a Pan-Africanist, provided him with funds to run Guinea.

During the structural adjustment programmes with the IMF and the World Bank which aimed at halting the decline in expansion and quality of development through a radical overhaul of both the structure and the content of education in Ghana, Jerry John Rawlings, then President, considered establishing a university that focused on development in northern Ghana as part of his strategic initiative on educational expansion. The International Monetary Fund or World Bank rejected the idea even though these institutions claim to promote development in countries. So, Rawlings used a grant of $50,000 from the Hunger Project Cash prize he had won as seed money to sponsor the establishment of the University for Development Studies in the Northern Region of Ghana.

During the 1994 Rwandan genocide, former French President, Francois Mitterrand, did not intervene to stop the genocide. Arguably, the non-intervention was because France considered the government of President Juvenal Habyarimana, Rwanda’s leader in the run-up to the genocide, a close ally. Further, the relationship included a defence cooperation agreement as part of France’s strategic imperatives across its former colonial area. Though Rwanda had been a Belgian colony, French policymakers considered the country — a “Francophone territory” — to be rightfully part of France’s sphere of influence. As a result, Paul Kagame who led the revolt against the Hutu genocide severed ties with France and changed the national language from French to English.

What do these instances of bold endeavours have in common? They are illustrations of ‘speaking truth to power’ or what is termed parrhesia.  Parrhesia, a Greek term that refers to the boldness of speech or an individual who speaks the truth, manifests in situations where the speaker is in a position of inferiority with respect to the other party. Characteristics of parrhesia include frankness as in standing for what one believes; truth as in matching a belief; a risk or danger of telling the truth; criticism either towards another or towards oneself, and duty to tell the truth.

Second, strategic followers must demonstrate frankness as in standing for what they believe. Sékou Touré demonstrated that freedom in poverty is better than opulence in slavery. The truth as in matching a belief is out there for francophone leaders. In March 2008, former French President Jacques Chirac said: “Without Africa, France will slide down into the rank of a third [world] power” and his predecessor, François Mitterand acknowledged as far back as 1957 that: “Without Africa, France will have no history in the 21st century.” Further, despite the European Union denouncing the colonial tax as an evil system France still expropriates about 500 billion dollars from Africa to its treasury every year. Imagine what that can do for the francophone zone! At least it could offer protection, better education, health, etc. Positive actions by subordinates of Francophone countries and the Africa Union is likely to change this situation.

The third characteristic of parrhesia is risk or danger in telling the truth. Heroes of today or yesterday achieve that status primarily because they transcend that risk or danger. Ask Kwame Nkrumah, Indira Gandhi, Sékou Toure, John Rawlings, Nelson Mandela, etc. ! Comfort in immorality or lies is so inglorious that discomfort in truth seems superior and honourable. I do not believe that the odiousness of colonialism which drove the leaders who fought for independence is less than the odiousness of deprivation experienced today. As Stiglitz and others indicate the policies of the West through the so-called institutions of development – IMF, World Bank, UNDP, etc. – are surreptitious attempts to incapacitate African countries; they are overt acts that require parrhesiatic responses by African citizens.

The last characteristic of parrhesia is the ability to direct criticism either towards others or oneself. Parties in subordinate roles should be able to criticize their own behaviour and performance. As a form of transformation, such criticism enables both the subordinate and superior parties to improve. Criticism towards the self and others involves discernment to realize the areas of improvement and acknowledgement of areas of weakness. To the extent that strategic followers can constructively criticize their bold speech, they are likely to positively influence African leaders who, hopefully, are open to their ideas.

Parrhesia is a form of fearless speech. It demonstrates the ability to speak and the right to reveal oneself in a way that one wants. Some have suggested that Africana and black people in general, for example, lack the ability to speak and to be who and what they are as well as the right to reveal themselves in the way they want in the modern world.” Strategic followers can endow Africa with this right of fearless speech. Why should African citizens, as strategic followers, engage in this boldness of speech, and how can they do it? Regarding the first question, strategic followers must recognize the nature of the relationship. It is not the structural attributes such as formality but the obligation or sense of duty to advance a positive course. Ask anybody if it is right and justifiable for Francophone countries to continue to pay colonial tax in this 21st century and the answer is NO! So, the question is why don’t the leaders of the francophone countries do something about it? That is why the citizens, as strategic followers, must speak the truth to France. In fact, even decent, moral Frenchmen will admit that it is WRONG to continue with that practice.

As for the second part of the question, I would not be naïve to suggest that it is easy because it is a function of competence – knowledge, attitudes, and behaviours. First, strategic followers must know the nature of the activity. Parrhesia involves locution or discourse.  So, they must articulate with frankness and truthfulness what they are saying. That must be backed by exemplary behaviours. Given that parrhesia manifests in all contexts – politics, business, religion, and cooperative ventures, it is the collective parrhesia that will work. Imagine what they could achieve if all citizens of francophone countries used the power of speech in this era of social media! Certainly, it would!

However, I am not naïve to think that the exploiters will not furtively ‘use’ greedy Africans to undermine that stance. Put another way, I am asserting that in the land of parrhesia, there is risk: “the fact that the parrhesiastes says something” is “dangerous to himself and thus involves a risk” because “the sad truth is capable of hurting or angering the interlocutor” (i.e., the dominant or superior actor). The truth will butt against the ‘shacklers’ of Africa and be perceived as confrontational. Review history! In modern Africa, review the acts of the USA, Portugal, France, Britain, Russia, Israel, China, etc. towards past African leaders like Kwame Nkrumah, Lumumba, Sekou Toure, etc. The shacklers found ‘users’ in Africa to do their dirty work. That is why they cannot be blamed entirely!  If there are no ‘users’, the strategic followers will achieve positive and transformational outcomes for themselves, Africa, and even the dominant actors to whom their bold speech is targeted. In doing so, African citizens will be helping true African leaders to work in the interest of their people because the leaders will not be “constantly stalked and bullied by colonial countries.”

Therefore, if African leaders’ parrhesiastic potential is crippled by their deference to the colonial masters, then citizens, as strategic followers, must take over and maybe provide the buffer. I believe Africans want better societies or wellbeing, and they have the right to it. They just have to be parrhesiates. The exploiters are not interested in their wellbeing; rather, their mission is to create deprivation. I implore the citizens, as strategic followers, to be disgusted at the indignities (e.g., Francophone countries being obligated to send France an annual balance and reserve report, without which there is no money) experienced today that they will do something meaningful to alter the situation. I firmly believe they can help Africa save itself. So, I implore them to develop the parrhesiastic potential.

David Baniyelme Zoogah (PhD) is an Associate Professor of Management at the Williams College of Business, Xavier University, Cincinnati, Ohio, USA. His current research focuses on Strategic followership and Management Issues in Africa.  He has published several refereed journal articles, books and book chapters, most of which relate to Africa. He recently published a book titled ‘Theoretical Perspectives of Strategic Followership’. He is currently the President of the Africa Academy of Management.