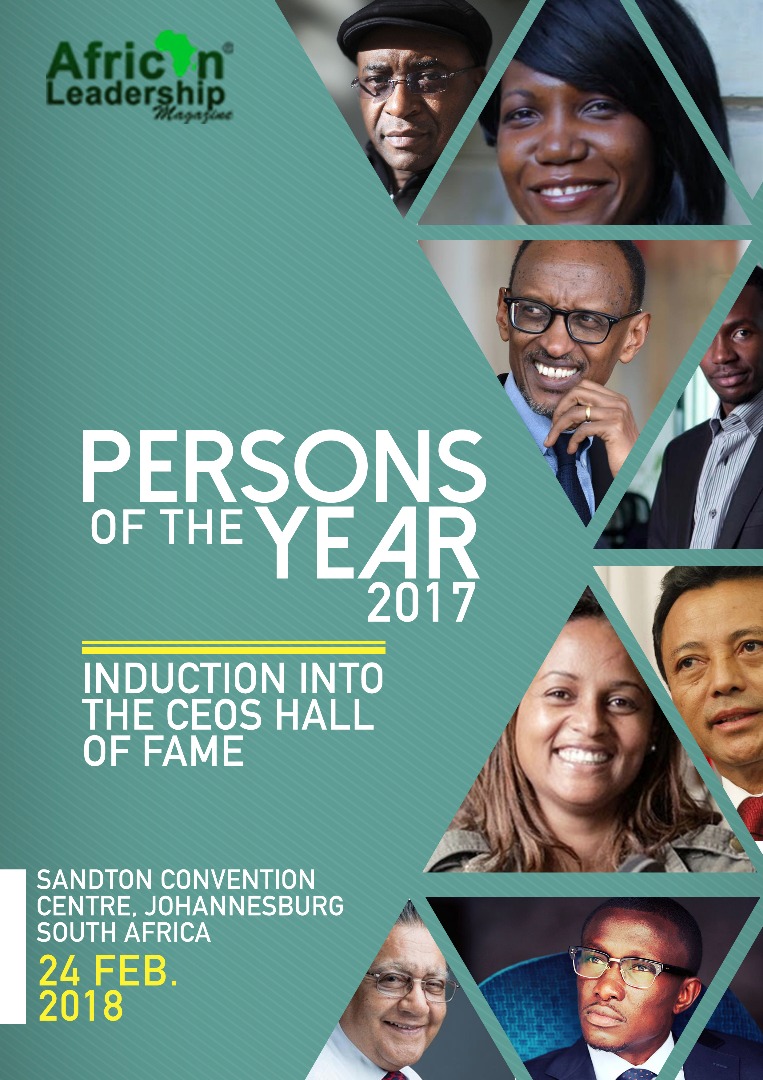 AFRICAN LEADERSHIP MAGAZINE PERSONS OF THE YEAR AWARD & INDUCTION INTO THE CEOS HALL OF FAME, JOHANNESBURG-2018

About the Event
The annual African Leadership Magazine Persons of the Year Award is designed to showcase and celebrate Africa’s finest business, political and diplomatic leaders who are contributing to the continent’s growth and development.

The African Leadership Magazine Persons of the Year Award, which is in its 6th run,  is in keeping with our tradition of presenting the sides of the continent, which hardly finds placement on the global mainstream media, and celebrating exemplary leadership and individuals who have contributed to shaping the global perception of the African continent. These group of Africans are the Game-Changers, who are doing things differently towards re-positioning the African continent.

Remarkably, this year, African Leadership Magazine Persons of the Year was consigned to three themes – which are jobs & wealth creation, Promotion of Democratic Values; & the promotion of Africa’s image abroad. With Africa’s population tipped to double by the year 2050, and unemployment at the center of the problems confronting the continent, jobs and wealth creators deserve to be especially encouraged and supported.

ALM Persons of the Year 2017 Winners are: