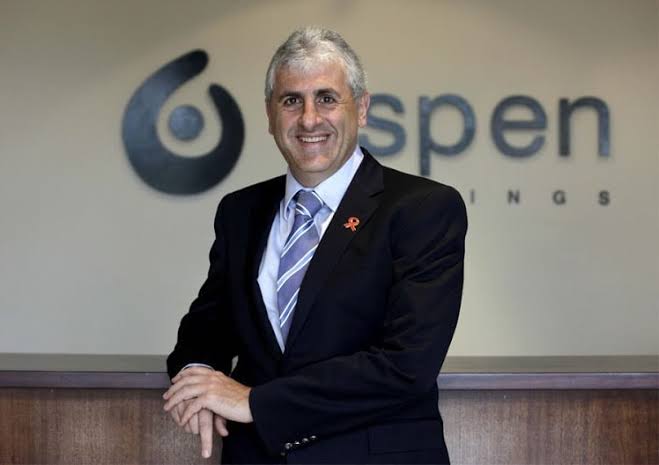 South African Pharmaceutical Billionaire, Stephen Saad, graced many newspaper headlines in early 2019, with details of a 50% drop in his company shares and net worth, which reportedly had investors shying away.

Saad, who is the Co-Founder and Chief Executive of Africa’s largest producer of generic medicines, Aspen, has announced that the Group is working to meet the demand of the ‘breakthrough’ coronavirus drug – dexamethasone. The drug was this week, endorsed by the World Health Organization (WHO), as ‘cure’ drug for saving lives of critically ill coronavirus disease (COVID-19) patients.

Stephen Saad is a self-made billionaire businessman from South Africa, best known as the Co-founder and the Group Chief Executive of the Aspen Group. He started his career at Quickmed, a prescription drug distribution company in black townships during apartheid, where he acquired 50% of the company shares. The company later merged with Covan to create Zurich, and at age twenty-nine, he sold his shares for US$3 million, becoming a millionaire.

Saad Co-Founded Aspen Pharmacare in 1997, with Gus Attridge who serves as Aspen’s Deputy Chief Executive. Aspen Pharmacare is a public company traded on the Johannesburg Stock Exchange, which has now become the largest producer of generic medicines in Africa, with global coverage of more than 150 countries.

The multinational pharmaceutical Aspen Group, which provides high quality, and affordable products, has, under Saad’s leadership, launched many socio-economic development initiatives, which include the delivery of primary healthcare in rural areas, HIV/AIDS and TB programmes and healthcare education. With his heart set on South Africa’s socio-economic development, Saad adopts the credo “to rest is to rust”.  He brings an attitude of perseverance, continuous improvement, focus, and discipline to Aspen, and believes that such things lead to personal and professional success.

Saad also chairs the Sharks, a rugby union club in Durban, and sits on the board of trustees of his alma mater, the Durban High School. In 2014, he was awarded an honorary doctorate from Nelson Mandela Metropolitan University for the positive role of Aspen in the city of Port Elizabeth. A philanthropist at heart, the pharmaceutical entrepreneur, raised R10 million for healthcare facilities for children in Africa by cycling more than 240km in 16 hours.

He has been a committed supporter of South African growth and development and has played an active role in shaping the generic drugs market – with Aspen accepted to be a global leader in generic pharmaceuticals.  Saad believes in supporting local South African communities and initiatives, and abides by the motto which says: “It can be done and it can be done in South Africa”.

Like many people in business, Saad has faced his fair share of setbacks. In 2019, Aspen’s shares dropped by at least 50%, alongside Saad’s net worth, by a whopping $276 million. Despite the challenges, Saad has remained one of the wealthiest people in South Africa and among the most successful executives. His hard work and perseverance paid off as he established the biggest pharmaceutical companies in South Africa.

The outbreak of the coronavirus pandemic, saw many African business people rise to the global challenge and support their government to fight the economic impact of the pandemic.

The pharmaceutical entrepreneur would rise to the global challenge with a different approach, and following the endorsement of dexamethasone by the World Health Organization, as a ‘cure’ drug. Africa’s pharma giant Aspen, would play a leading role in the South African COVID response and also more broadly in other countries.

“I was looking at CNN, and I could see a product on the screen, and it was one of ours,” Saad said in an interview. “Demand needs to be managed in a carefully calculated way.”

South African pharma giant Aspen, since the WHO endorsement, ramped up production of ‘breakthrough’ drug Dexamethasone. And the Group is working to ensure that it can manage demand for the ‘cure’ drug, which is said to cost less than 6GBP.

Aspen, Africa’s biggest drugmaker has set up a team to assess how much of the 60-year-old drug dexamethasone it can supply, and by when, Saad said.

Aspen’s shares rose by 9.3% in Johannesburg on Wednesday, the biggest jump in almost three months.