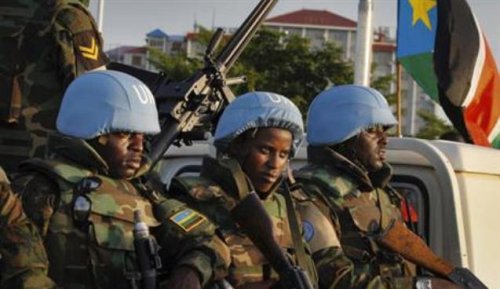 The head of the African Union Commission recently welcomed the South Sudanese government’s decision to authorize the deployment of the Regional Protection Force (RPF) without condition.

“All the discussions that ensued between UNMISS and the technical working groups the government resulted with the full acceptance and immediate deployment of the RPF so that we are able to address some the security challenges that are facing us,” he added.

“Dr. Nkosazana Dlamini-Zuma, welcomes the agreement reached between the Transitional Government of National Unity (TGoNU) of South Sudan and the United Nations on all outstanding issues concerning the (RPF) deployment”.

Zuma further said the deployment of the 4000 troops will create a conducive political environment for the implementation of the Agreement on the Resolution of the Conflict in the Republic of South Sudan (ARCISS) of August 2015.

“In this regard, the Chairperson urges all South Sudanese stakeholders to fully cooperate with the RPF and desist from engaging in activities that may set back the progress made,” she said.

Also, she urged the transitional government to ensure the full implementation of the security arrangement, and renewed its support for the African Union envoy for South Sudan Oumar Konare.

Zuma praised the tireless efforts exerted by IIGAD and the international community to bring stability to the young nation.

Last week, US envoy to the United Nations Samantha Power slammed Juba government for delaying the deployment of the regional force. She further called for arm embargo on the country and targeted sanction against the SPLA Chief of Staff Paul Malong and Information Minister Michael Makuei.