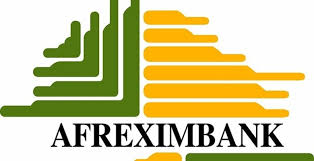 The African Export-Import Bank (Afreximbank) will attract $1.5 billion to Mauritania to finance development of trade and related infrastructure under the terms of a memorandum of understanding signed with the country recently, the Bank’s President, Benedict Oramah has announced.

Speaking in Nouakchott following meetings with President Mohamed Ould Abdel Aziz of Mauritania and several of his ministers, Oramah said that the MoU was aimed at strengthening economic cooperation between the Bank and Mauritania, one of Afreximbank’s member states.

Oramah, who led a delegation of business leaders and Afreximbank officials for discussions on trade and investment opportunities in Mauritania, said that the Bank saw opportunities to “support Mauritania’s Strategic Plan for Accelerated Growth and Shared Prosperity through the financing of key projects it had identified in the agri-processing, fisheries, hotel construction and related logistics and infrastructure sectors”.

He announced said that $500 million of the amount to be attracted by Afreximbank would go to the development of the private sector, a key priority of the government, in the form of credit lines through local banks. The other $1 billion would be raised by Afreximbank after evaluating eligible projects that support the construction of trade-facilitating infrastructure, industrial parks and special economic zones and fish processing.

In his remarks, President Ould Abdel Aziz commended Afreximbank for its efforts to contribute to Mauritania’s economic development and gave assurance of the country’s commitment to the implementation of the MoU.