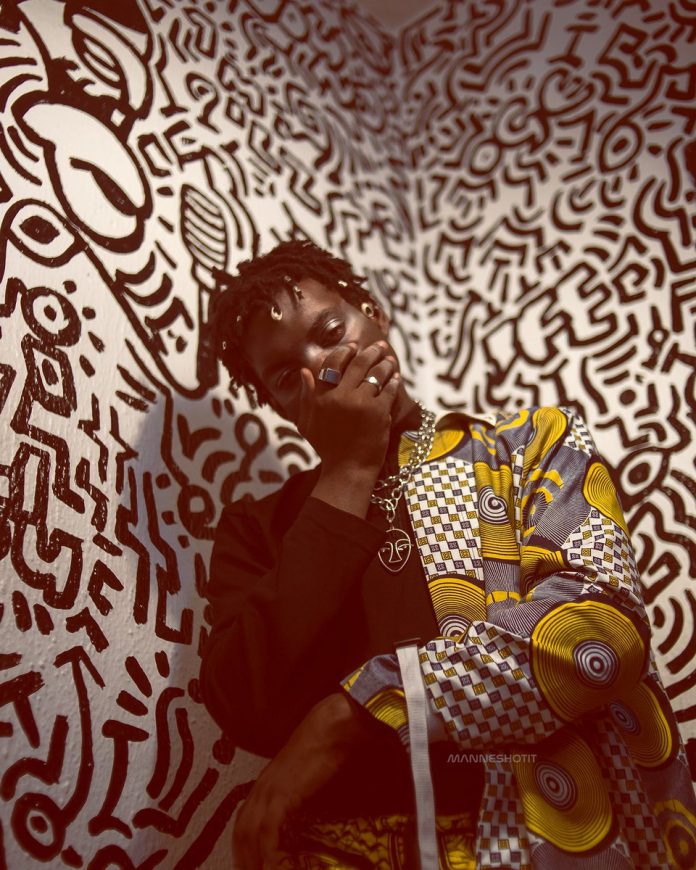 Masked artist Yusuff Abogunde is working on his latest project painting the walls of a studio he shares with other artists in Nigeria’s commercial capital, Lagos. He calls his art form Ainaism — a technique that features the movement of lines and spiral patterns using acrylic and charcoal.

Aina is a Yoruba name for a child born with its umbilical cord around its neck, which inspired Abogunde to paint lines mimicking an umbilical cord. Abogunde says the Ainaism technique came to him in a vision. “I was trying to receive a call and waiting for the person to tell me what to write down, at a certain time, my hands started drawing lines in different motions on a small paper – then I didn’t call it Ainaism. I really didn’t even know my name was Aina until my mom told, so I decided to keep drawing this same particular pattern, line motions you know because it is something I have not really seen before then,” he told Reuters.

The 22-year-old began experimenting with the Ainaism art technique in 2016 while studying in applied arts. Abogunde starts out by creating a central subject, then slowly fills in the mural with intricate lines and patterns, that he says tells a multitude of stories. “It is deeper than just drawing lines and patterns. It actually has symbols in which I am building their meanings because whenever I’m creating my pieces I see and discover new symbols that doesn’t exist before, so I give them meaning. At the moment I have the symbol of man, woman, death, power, human being and so on”, Abogunde said. A painting can take between 4 to 12 hours, depending on the intricacy of the patterns and size of the wall. One of his painted walls can cost over 500,000 Naira (1,385 USD). “People that come here see it as like a holy place like something that has value, somewhere that has value you understand. That is what he does, he completely turns a place into a surreal environment that you can just move in. I see people want to come in and they take off their slippers, because they feel ahhh.. it’s classic” said fellow visual artist Ken Nwadiogb.

To market his work, Abogunde also offers face painting services, where he recreates the Aina technique on people’s faces. He says his art is essentially about symbolism and the spiral nature of life. Abodunde has become a sought-after artist, who is commissioned by private clients and art galleries across Lagos to paint their walls. Abogunde wears a mask when he’s working, which he says gives him the inspiration he needs for his art. 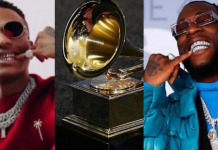 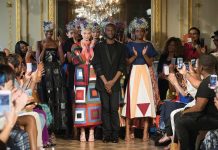