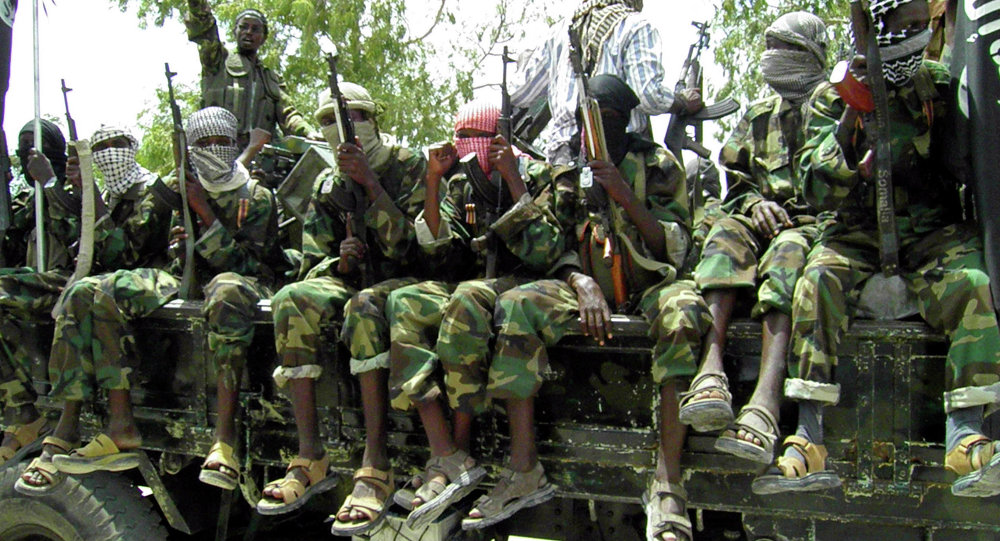 The African extremist group Al-Shabab said it carried out three attacks in Somalia and Kenya on Wednesday that killed 16 people, most of them police and security officers.

Somalia’s government recently launched an offensive against Al-Shabab extremists, and Kenyan officials say the militants are feeling the pressure.

Officials in Mogadishu said at least eight people were killed and 15 others wounded by a car bomb explosion late Wednesday near the Somali capital’s seaport.

Witnesses told VOA’s Somali service the vehicle that blew up was next to a small restaurant. A mother and young boy from the family that operates the restaurant were among the dead, Mogadishu government spokesman Abdifatah Omar Halane said.

In claiming responsibility for the blast, Al-Shabab said it was targeting police and intelligence officials at the time.

In Kenya, meanwhile, witnesses and local authorities said eight security officers were killed in two separate roadside explosions in the country’s northeast, near the border with Somalia.

Five men were killed by an improvised explosive device that hit a convoy of vehicles escorting the governor of Mandera County, Ali Roba. A witness who was in the official party told VOA Somali that the five officers “died on the spot” after their vehicle set off the bomb.

Roba said in a message posted on his Facebook page: “I would like to inform the general public that the other leaders and I are safe. Unfortunately, I lost five of my security officers, including my personal bodyguard, at an attack on my convoy between Arabia and Fino at around 1 p.m.”

Last week, al-Shabab militants shot and killed a local official at his home in a small town 20 kilometers from Mandera town. The area has been under a curfew since October as a result of al-Shabab attacks. The curfew is to remain effect through June.

Elsewhere, Islamic State militants claimed responsibility for a suicide bombing in northern Somalia on Tuesday that killed five people, including the bomber, and wounded 18 others.

A statement from IS, released through its Amaq news agency, said the bomber carried out a “martyrdom-seeking operation with an explosive vest.”

This was the first suicide bombing claimed by IS in Somalia, a country where it has operated since 2015.

According to police, the attack targeted officers manning a security checkpoint in a busy junction of Bosasso, in Somalia’s semi-autonomous Puntland region.

A suicide bomber strapped with explosives rushed toward police before blowing himself up.