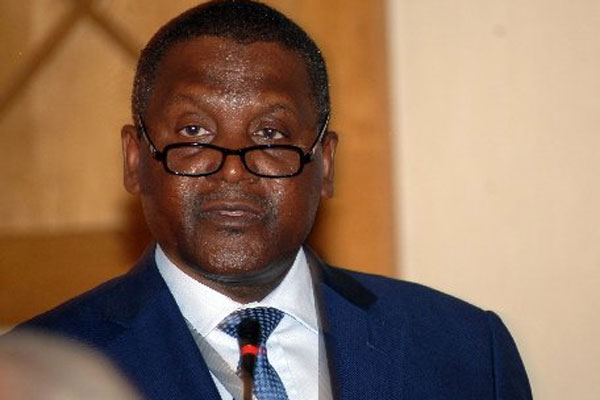 Africa’s richest man, Aliko Dangote, made his billions in cement and sugar, but looking ahead, he says he’s putting his money in two other sectors that will transform the Dangote group and leave something for posterity — oil refineries and fertilizer.

One of his most promising ventures is to develop Nigeria’s natural-gas sector into an export industry, Dangote said in a McKinsey interview with Rik Kirkland. To that end, Dangote plans to build a $12-billion refinery that can produce 650,000 barrels a day. It will be the largest petrochemical complex in the world in a single location and will generate a turnover of $24 billion a year, he said.

The other venture he’s planning for is fertilizer—urea and ammonia. “We are building two plants: we’ll use some, and some of it we’ll export. In all, we will be making an investment of $16 billion over the next three years,” Dangote said.

Site clearing for the Lekki oil refinery is close to completion near the commercial hub of Lagos, BusinessDayLive reported in March. The refinery is expected to be functional by the first half of 2018, TheGuardian reports.

Dangote plans to build a fertilizer plant with a capacity of 2.6 million metric tons of urea, a nitrogen compound used in fertilizer, according to a January Law360 report.

He’s trying to change the mindset of Africa as an exporter of raw material. “When a country exports raw materials, it actually doesn’t make much money,” Dangote said. “So what we are trying to do is to change that mindset: rather than being raw-materials exporters, we’ll now be goods exporters.”

New partnerships are among the things transforming the Dangote Group, Dangote told McKinsey. In the past, it was normal for Dangote Group to take on the whole risk at first in a venture. “But these days, before going to the capital market, we get some key investors,” he said. “Then, together, we’ll make sure everything is in line. After that, we go out and list in Nigeria. Now we’re even thinking about starting to list on the London Stock Exchange.”

One of those key investors is the Blackstone Group, an American multinational private equity, investment banking, alternative asset management and financial services corporation based in New York City. Dangote partnered with Blackstone to invest $5 billion in infrastructure in Africa. Dangote announced the  50-50 partnership in August at the U.S.-Africa Leaders Summit, hosted by President Barack Obama in Washington, D.C.

In the McKinsey interview, Dangote said he believes in hiring people who are smarter than him. “What we need to do is make sure that this company outlives us,” he said. “We are trying to leave something for posterity. We’ve done quite a lot in terms of hiring and we have a plan for succession. Somebody like me, in the next 25 years, I might want to do something else. I’m not saying that I’m going to retire, but I might want to do something else.

“So I have a very, very robust team…the most important thing for me is the development of the company, in terms of processes and people.”