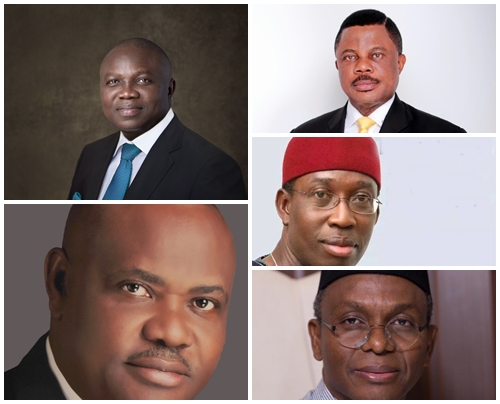 .…to be honored in New York

Mr. Ambode is closely trailed by the Rivers State Governor, Nyesom Wike with 29%; while Governor Willie Obiano of Anambra state secured 18% of total vote casts to maintain a spot in the third place. In the fourth place is Delta State Governor, Patrick Okowa with 13%; and Governor Nasir El-Rufai of Kaduna state sits in the fifth position with 5% of vote casts.

The Good Governance Poll, which ended on Wednesday 3rd, 2016, by 2:pm, Nigerian time, was initiated by the African Leadership Magazine UK, in line with the magazine’s objective of providing credible information and support to leaders in Nigeria and Africa at large.

The Poll is part of the group’s strategic engagement tool designed to monitor performance, gauge the mood of the electorates, promote good governance, as well as engender peer review mechanisms amongst leaders in Nigeria and Africa at large. The Good Governance Poll is particularly important in Nigeria, following the country’s prevailing realities. While some Governors in the country have been unable to meet their obligation to the electorates, others have been ingenious in managing state resources and also making concerted efforts towards shoring up their IGR. These States Chief Executives deserve to be celebrated.

The Publisher, Dr. ken Giami , in announcing the winners of the Good Governance Poll, stated that “African Leadership Magazine leverages its robust offline and online engagements –  with about 2.2 Million daily online post reaches and over 400,000 Monthly magazine circulation to promote purposeful leadership  and actively engage leaders for the greater good of the citizenry.” He also maintained that “Mr. Ambode’s emergence as the winner of the polls is a clear indication, that more Nigerians are increasingly becoming aware of his strides in Lagos State, which is quite commendable.”

One of those polled noted that “Akinwunmi Ambode came to power with his blue-print for the greater development of Lagos State which he has since then pursued with precision. His pursuit of 24-hour economic mechanism, when attained, would propel revenue generation for Lagos State in ways unmatchable by any other state in Africa.”

The online poll which commenced on the 5th of July 2016 attracted Nigerians from all works of life voting to select the country’s top 5 Best Performing Governors in the country. The Winners of the Poll will be formally decorated with the prestigious African Leadership Excellence Award as Best Performing Governor, during the International Forum on African Leadership, billed to hold at the Waldorf Astoria, New York on the 22 September 20016, by 11.00am-3.00pm.  The winners would also be presented with endorsement from various US State’s and non-state actors, and hosted to Investment & Partnership discussions on the side-lines of the event.    This is no doubt a further validation and commendation for the good work they have been doing in Nigeria and the continent and the hope they represent for the future of Nigeria – in spite of the monumental challenges being faced by the country today.

A Special Edition (October) of the African Leadership Magazine will also be published, containing an interview with the winners and detailing some of the developmental strides of these governors. This edition would be unveiled during the program in New York and also distributed on the side-lines of the United Nations General meeting.

Since its maiden edition, African Leadership Magazine has grown to become a leading pan-African flagship leadership-focused publication read by over 1,000, 000 Africans weekly, and targeted international investors, business executives, government policy makers and multilateral agencies across Africa, the Middle East and Asia, Europe and the US. It is distributed at major international and African Leadership events around the world.

It is a niche and unbiased African voice born out of a desire to ameliorate the lots of Africans by focusing on individuals and corporates that are known for their legacy-based approach to leadership. The magazine believes in building sustainable leadership in Africa through the exchange of ideas in tandem with global best practices.

The October Edition of the African Leadership Magazine shall extensively showcase the achievements and giant strides of the 5 Top Performing Governors, over the last one year.