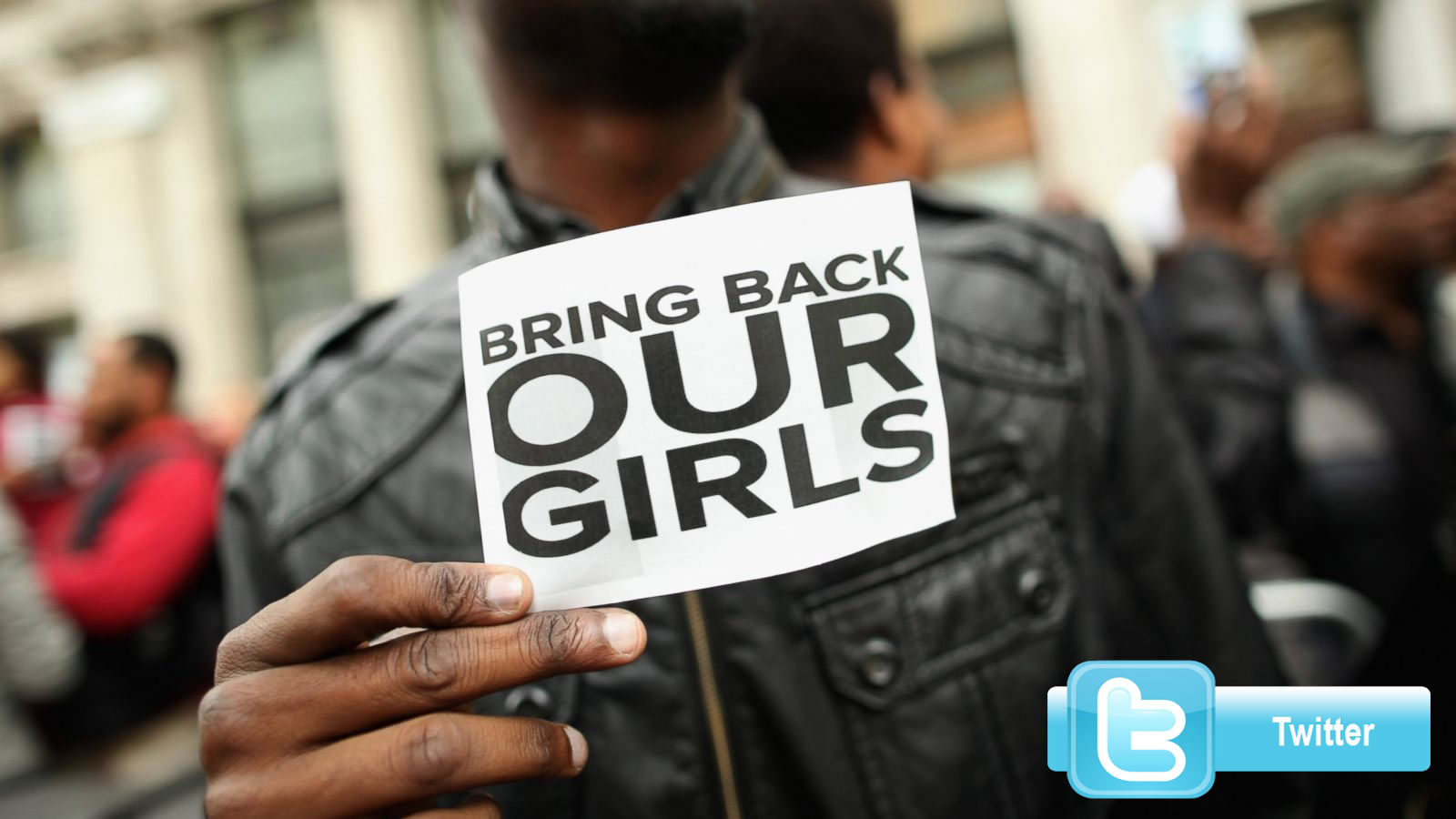 The international vortex of tweets that brought huge global attention over the missing schoolgirls kidnapped by Boko Haram insurgents, is fast ebbing, drawing worried concerns to the fickle nature of social media activism and its enduring impact on social and foreign policy support for change.

The twitter support, using the hashtag #BringBackOurGirls, saw global media put Nigeria on the spot. But eleven days after sustained growth in global tweeter pressures, and one day after seeing a peak of about half a million tweets in one day, interests have drastically dwindled to less than 200 thousand tweets per day – consistently – in the last three days.

The Americans dispatched a 30-man military and security team into Abuja, the British another 10-man team, while the French, the Chinese, and the Israelis also announced similar assistance.

Bring Back Our Girls Twitter Analytic by Topsy 13 May

In its peak, the #BringBackOurGirls movement spread to 69 countries with its strongest external support coming from United States, Britain and Canada.

The movement, which began in Abuja, Nigeria’s capital city, nine days after the abduction, trumped most global issues including the war in Syria, the missing Malaysian airline – Flight MH370 – and the ongoing crises in Ukraine.

The campaign started off on twitter with a hashtag #BringBackOurDauthers but quickly snowballed into a national trend after a lawyer, Ibrahim Abdullahi, wittingly tweeted the call #BringBackOurGirls off a speech by Oby Ezekwesili, ex-World Bank Vice-President at the Port Harcourt World Book Capital 2014 event.

#BringBackOurGirls declared by @obyezeks and all people at Port Harcourt World Book Capital 2014.

Days after trending in the Nigerian social media space, the hashtag made entry into the global trend and has since then gained support from global media, as well as political icons and celebrities.

A twitter analytic tool, Topsy, estimates that so far – as at May 13 – more than 3.1 million tweets have been sent using the #BringBackOurGirls hashtag.

Another Twitter analytics tool, Keyhole, estimates that the highest influencer of the campaign has been the First Lady of the United States with her tweet where she shared her protest picture and declared her prayers were with the girls and their families.

Amnesty International and UNICEF backed the campaign using the #BringBackOurGirls hashtag on twitter. UNICEF is one of the other huge influencers of the campaign, according to Keyhole analytics.

Hillary Clinton, Wyclef Jean, Chris Brown and Ellen De Generes were other celebrities that joined to help pressure the Nigerian government into acting to rescue the schoolgirls.

In its three weeks of existence, #BringBackOurGirls movement, set up to pressure the Nigerian government into rescuing the over 250 Nigerian school girls abducted by Boko Haram insurgents in Northeast Nigeria, put the country on a high ball, far beyond any other issue in recent times.

When Mr. Abdullahi first tweeted #BringBackOurGirls shortly after noon on April 23, he had a little over 100 followers on twitter. But the virality of his creation has snowballed into fallouts that now include a convincing possibility that the missing Chibok girls will be rescued with physical help from U.S, Britain, China, European Union and Israel.

The successes and trend of the social media campaign to bring back the missing Chibok girls brings to the fore a fundamental shift in information provision and management in Nigeria; as well as the powers of the Nigerian social media community, a drift the Nigerian government eagerly seeks to curb, or at least control.

The #BringBackourGirls movement also re-ignites the global debate about the effectiveness of social media activism, hashtag activism, or “slack-activism” as critics call it.

Analysts consider the #BringBackOurGirls movement as the most productive hashtag activism in recent times. Unlike #Kony2012 and other hashtags that have trumped the world recently, the campaign to bring back our girls went beyond kindling emotion and discussions to sparking concrete actions, from governments and individuals as well.

An emerging school of thought foresees a future where social media is a critical tool for activism and social changes, but not one where hashtags alone would cut it.

“Social media is a very powerful tool for democratic consolidation, and social change, but it cannot achieve this on its own. It must be complemented by putting boots on the ground,” Jude Ilo, country director at the Open Society Initiative, West Africa said. “The combination of both of them is what is sustaining this [#BringBackOurGirls struggle.”

going to the street” Ms. Adamolekun stated, illustrating with the motions of a bird that “it takes two wings to fly.”

In the past three three years, the Nigerian government has spent huge sums and social capital trying to control the internet in Nigeria. 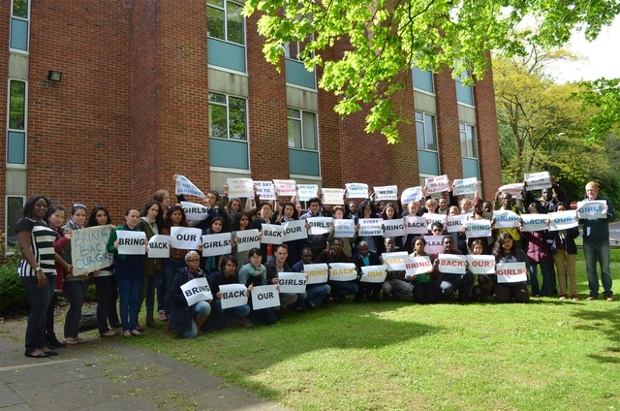 Long before the Israeli technology, the Nigerian government had been in a clandestine business with another internet spying company, U.S based Blue Coat.

In 2013, researchers from Citizen Lab, a research project based at the Munk School of Global Affairs at the University of Toronto, found evidence of the presence of Blue Coat Systems and the U.K. based Gamma International in Nigeria.

Blue Coat’s technology primarily aimed at network management, can also be used by the government to invade the privacy of journalists, netizens and their sources. Its censorship devices use Deep Packet Inspection, DPI, a technology employed by many western Internet Service Providers, to manage network traffic and suppress unwanted connections. Blue Coat’s technology has been used by rights-abusing governments, including Saudi Arabia and Bahrain.

Nigerian government’s strategy to control the internet is two pronged and dates back to 2012, in its early days. While acquiring technologies, the Nigerian government instituted political approaches to introduce a law specifically crafted to gag the social media.

The information minister’s statements were followed by calls for social media regulation from the senate president, David mark, and a draft wiretapping legislation by the Nigerian Communications Commission.

“We need to re-examine what we are doing there; social media is a source for good. We are using them to reach the masses but we must also develop an attitude to ensure that whatever goes in there will promote the development of our country,” the information minister said in his most recent push for a gag. 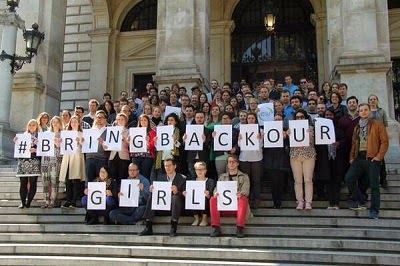 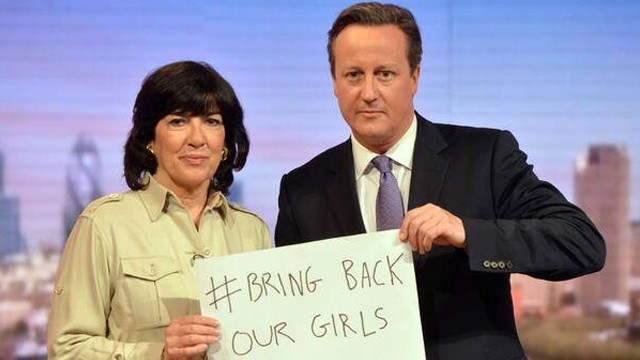