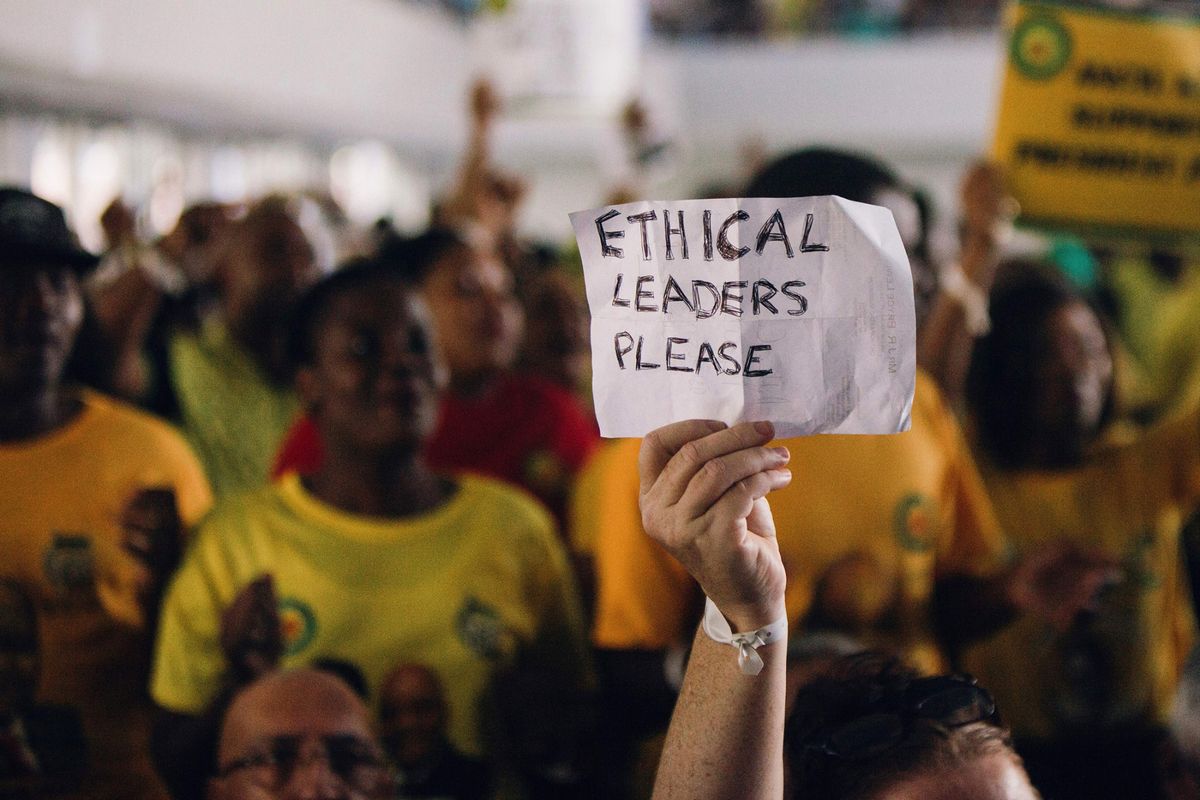 The New chairman of the Northern Cape Province, Zamani Saul, has said South Africa’s ruling party must modernize by allowing open campaigning and U.S.-style primaries to choose its leaders or it will suffer at the polls.

Saul said the African National Congress needs to reinvigorate itself as it prepares to choose a successor to President Jacob Zuma when he steps down as the party leader in December. A supporter of Deputy President Cyril Ramaphosa, Saul was elected the party provincial chairman on May 12 after Sylvia Lucas, the premier of Northern Cape and Zuma ally, dropped out of the race. Ramaphosa’s main rival is Nkosazana Dlamini-Zuma, the president’s ex-wife and former head of the African Union Commission.

“We can’t continue to fossilize the movement,” Saul said in an interview in the city of Colesberg. “The ANC has to go through a thorough process of modernization.”

When he appeared at the party conference that elected Saul, Ramaphosa, 64, drew an enthusiastic reception, with many of the 700 people in the audience singing and making rolling hand signals used to indicate a substitution at soccer matches, a sign of their support for a new party leader. In his victory speech, Saul said Ramaphosa should succeed Zuma.

While backing from the Northern Cape would bolster Ramaphosa’s campaign, the province accounted for just 5 percent of the ANC’s members at the last count in October 2015, the least of all the regions. The ANC branches in the nine provinces will have the biggest say in determining the party’s next leader. The elective conference takes place from Dec. 16-20.

The ANC has seen a slide in support partly due to Zuma’s implication in a succession of scandals and criticism of him by influential religious leaders such as retired Anglican Church leader Archbishop Desmond Tutu. Last year, the ANC lost control of the capital, Pretoria, and Johannesburg, the economic hub, in a municipal vote, its worst electoral performance.

Saul’s promotion to the more senior post of chairman means he has a fresh mandate to participate in the ANC’s 110-member National Executive Committee, where some of the party’s most bruising battles take place.

“There is a fear that by going through an intense process of organizational renewal, we are going to lose some of our values and traditions,” he said. “To me these are not mutually exclusive. You can modernize the party gradually and still retain the values and tradition that define and make it distinct from any other party.”