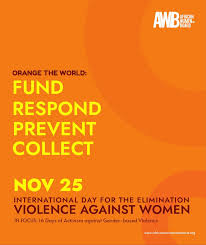 The African Women on Board (AWB), a non-profit organization, has recently launched a safety in the workplace podcast series titled, ‘She Thrives’, which is a series about Workplace Violence faced by women in their different working environments.

The podcast, a ten-episode series which was unveiled for the first time on Wednesday, was anchored for 30 minutes by Omoye Uzamere on BEAT FM running its time from 1:00pm to 1:30pm, it is expected to continue for nine more weeks, with each episode airing every weeks. The podcast also saw its release on notable platforms such as Apple Podcasts, Google Podcasts, Spotify and others.

The Podcast is created with the intent of achieving the aim of helping inform the general public of the violence most women face in their workplace and to give such women a platform where they would be able to come out and their voices will be heard. Furthermore, it is to help in the creation of policies which would tackle the issues domestic violence, the consequences attached to it, and the application of such policies across the Continent.

The Chair of AWB, Nkiru Balonwu, said: “This podcast was created to confront this culture of looking away; to sensitize the public and policymakers about how widespread workplace violence against women is and its effects on women and our society. It was created so women could come out and say, ‘Here’s what I’ve faced and I’m tired of facing it.'”