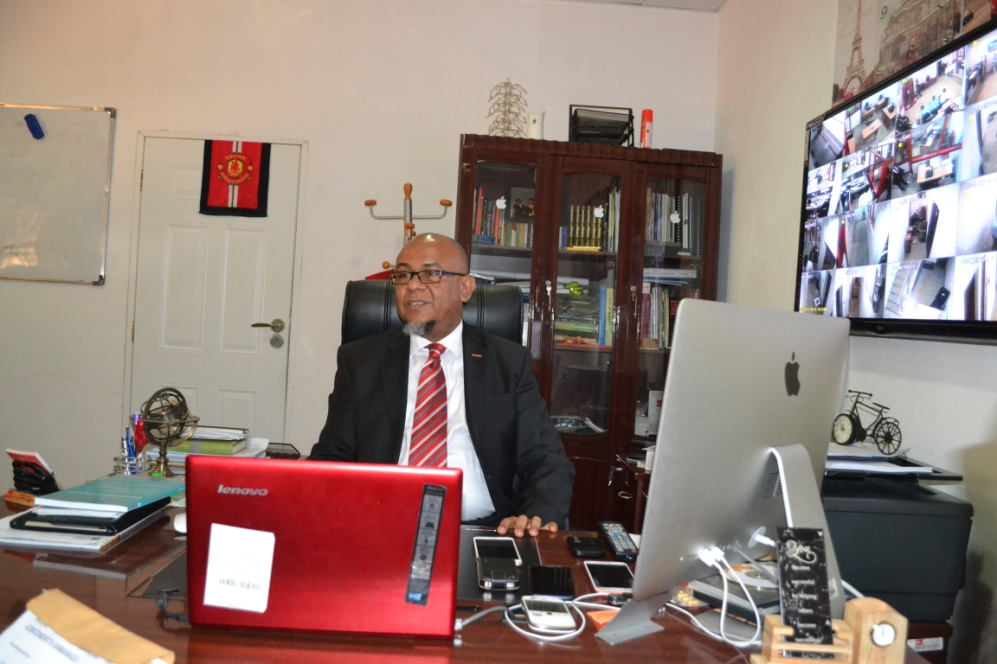 A lot has been said over the years about reaching out to the grassroots, those at the bottom of the pyramid, and banking these unbanked territories within the African continent. Some concerns raised include: population concentration in rural areas most of which are unbanked, low literary level, loss of confidence in the banking system due to distress, elitist banking practices and absence of other financial institutions in the rural areas.

Micro Finance Banks (MFB), have taken the initiative and are now at the forefront of activities geared towards banking the unbanked territories within the continent. In an exclusive interview with African Leadership’s Eruke Ojuederie, CEO of Hasal Micro Finance Bank Abuja, Roger Nwoke, sheds some light on the topic, stating the challenges and suggesting solutions that will ensure that these rural areas are banked. Excerpt:

According to World Bank records, 62% of the world’s population has a bank account. This means that the percentage in Africa is really low. How can we increase the figure in Africa?

These figures are real. The World Bank figure is a cumulative one because of their sources across the world. Our figures are high but it has improved significantly over the last 10years since the inception of microfinance policy. Its launch was a stepping stone as a country. Also in 2012 when the financial inclusion strategy was launched, you see that there is a focus in increasing the uptake, getting more and more people to come into the formal financial system. Having a strategy as a nation is a good step but we begin to look at what platforms to employ in achieving financial inclusion. Micro Finance has been at the forefront and is still the most significant tool because it focuses on those at the bottom of the pyramid. Of course, we are aware that 70 percent of the Nigerian population live in the rural areas. Recently, commercial banks are also working towards increasing the rate uptake especially in the northern states.

Another platform is focusing on digital finance. Mobile money has undoubtedly been helpful. Only recently, the MD of Access bank Aigboje Aig-Imuokhuede, called for telecommunication companies to be given bank license. I do not agree with that because their business is telecoms and they should focus on providing infrastructure to support the banking system through partnership. They do not have what it takes to mitigate the risks attached with providing financial services. So, three things are involved: Micro Finance as a vehicle, collaboration with commercial banks and digital finance. The central bank should also look into the restrictions that have made it difficult to expand and operate in different states.

It is believed that mobile money has a unique way of banking those at the “bottom of the pyramid”. What is your take on this?

It is absolutely correct because since almost everyone has a phone, it is easy for transactions to be carried out. Although I don’t think it is as successful as we expected it to be. If you compare it to what has happened in Kenya with M-Pesa, it is totally different. When M-Pesa started, only the system by which money will be sent manually existed but in Nigeria, we have a little more sophisticated method than just putting money in an envelope and sending home. Before mobile money we were already doing remittances and there are other alternatives. However, there are things that will make mobile money work in Nigeria, for example agency network. There is no strong agency network, as operators in the business do not cooperate. For mobile money to succeed there is the need to develop agency network. Efficiency of network coverage is also another area that can help. It is however a business decision, operators have a right to decide where they want to put their masts and what will be profitable. But if we utilize the already existing coverage it will go a long way.

Micro Finance Banks in Nigeria and Africa as a whole focus mainly on Agriculture. Why is that the case? To what level has that approach helped in banking those in the rural areas?

The predominant business in the rural area is subsistent farming. They undertake farming as a way of survival and not to grow rich. One way to support them is by focusing on the things they can do. It could be by providing them with improved seedlings, mechanized farming implements, fertilizer, micro finance services, micro credit, entrepreneurial training, and so on. With these, they can now farm beyond what they will survive on. Not all Micro Finance Banks tilt towards agriculture but banks like ours have a direct value chain department that focuses on funding agriculture both from rural credit loans to SME because we have the conviction that this is what people need to do. It is clear that crude oil is no longer an option and so Micro Finance Banks have to focus on that aspect to make the difference. We need to go back and look for what our people can do and support them accordingly and from there they will live a better life.

What are the major challenges faced by Micro Finance Banks in their quest to make sure that people in rural communities benefit from Micro Finance schemes?

Our challenges are not different from what the people in rural areas face. The biggest one is that of infrastructure. Except digital finance works perfectly well in such a way that we don’t have to go to the banks, it still remains a problem because even while doing digital banking, I still need to pre-qualify those to give loan. I need to encounter the person and be sure that he actually needs the money. Most of the rural areas are inaccessible and this is one big issue stopping us from reaching out to those in the rural areas. The farmers are not able to carry their produce to the market and when they do, those to buy the supplies are unable to reach them. We are banking up to 80 communities in the FCT and there are places we have lost money because at some point the roads are inaccessible. When they are eventually fixed, so much time has passed that the farmers can no longer pay back the money. Another challenge is that of financial literacy. People need to understand that this money is meant to be paid back and not some form of government incentive because when government officials go to them, they encourage them to go to micro finance banks and so it is assumed that the government has kept money in those banks for their use. They ought to be educated on how Micro finance banks can support and encourage them to save. Also cost of recruiting people who will educate those in the rural areas is high. Nobody wants to stay in the village and all the graduates have migrated to the cities. The villagers cannot educate themselves. This is one of the reasons why commercial banks don’t want to go to rural areas. There should be a conscious effort by the government to give incentives to those operating in these areas to encourage them. There lies the success of micro finance banks.

The processes involved in accessing loans from micro finance banks are said to be very tedious. Are there plans to review the system?

I don’t know what they mean by tedious. What I know is that for a first time customer it will take a little more time. We have to ensure that your needs are what you say they are. Subsequent borrowing is easier especially when you keep to the terms of the agreement. In Hasal today, the maximum it takes to get a loan is 10 working days while for subsequent borrowing it takes 5 to 6 days. The message that went before we started was that MFB’s are banks where you go to take loan with no collateral and as such when we ask the routine questions, people see it as being tedious. A lot of work is required especially in cases where we do not have adequate information and database like other countries. Not when someone gives an address like Chiefs house behind transformer, close to the electric pole. How do you intend to verify such an address in a short time? The new BVN will help a lot because by having one unique banking number it is easier to trace activities of a client, verify and profile them. Clients should be able to tell the whole truth about themselves because we must find a way to remove that mask and know you properly. There must be enlightenment so that people will know what it all entails.