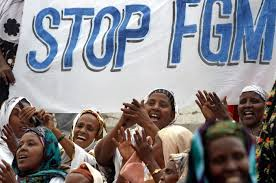 The United Nations has recently commended Tanzania for her stand against Female Genital Mutilation (FGM) and its willingness to repeal the 1971 Marriage Act 1971 to end child marriages.

According to a statement issued in Dar es Salaam by the UN Communications Specialist, Ms Hoyce Temu, the world body believes that advocacy efforts petitioning government to amend the Marriage Act 1971 are sign that many Tanzanians are committed to seeing an end to child marriages.

“The fact that signatures were also collected during the International Day of Zero Tolerance for FGM, which is observed annually on February 6, also sends a strong message against FGM”, the statement said.

According to the 2010 Tanzania Demographic Health Survey, about 15 per cent of women in Tanzania have experienced FGM, the highest being in Manyara at 77 percent.


The UN calls upon all stakeholders to work together in partnership to achieve these Global Goals, including through eliminating child marriage and FGM. “The UN is pleased to partner with the Government of Tanzania to support the government to domesticate its internationally agreed obligations and amend the age of marriage, which currently stands at 15 years, and 14 years with court consent.

“The United Nations is pleased to support the Government of Tanzania in its efforts to ensure girl’s rights are protected. The community’s efforts in taking a strong stance to eliminate all forms of discrimination and violence against women and girls are also a welcome move”, the statement also read.

In 2015 the world, including Tanzania, signed up for the Sustainable Development Goals, which seek to change the course of the 21st century, addressing key challenges such as poverty, inequality, and violence against women.