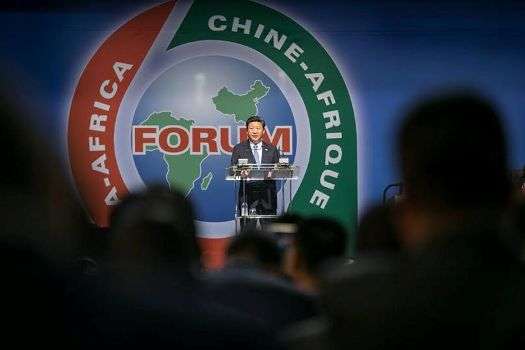 Fact 1: China is doing a lot to help Africa

China rolled out a railway agreement with the Ethiopian government in 2010 and will build the railway with the right to operate trains for the first six years after the project’s completion. Afterwards, China will transfer that right, as well as management techniques, to the Ethiopian side, and Ethiopia will fully own the railway.

This is an example of mutual respect and the reciprocal principle that permeates China-African cooperation.

Fact 2: China is not plundering natural resources in Africa

China has become Africa’s largest investor and a major travel group in the last decade. Chinese enterprises are facilitating African countries with multi-level investment—over $100 billion worth of investments in transportation, telecommunication, and tourism. China has also transferred technological and manufacturing experience to African countries, creating millions of jobs for locals. The close economic cooperation between China and Africa is a distinct manifestation of their genuine brotherhood.

Fact 3: China is not pushing Africa into a debt trap

Fact 4: China does not engage in neo-colonialism in Africa

Chin’s relationship with Africa is not neo-colonialism. President Xi Jinping offered a $20 billion loan for Tanzania without any extra political conditions during his state visit to Tanzania in 2013. Moreover, China offers more attractive repay terms than Western countries.

China’s economic assistance to African countries not only helps them build their own industrial systems and improve local infrastructures but also establish an export-oriented development strategy that makes use of the continent’s rich natural and cultural resources.

The development experience of China’s reform and opening-up sets an example for African countries. In return, Chinese people could learn from African wisdom that guides them through difficulties.

China-Africa cooperation is based on the principle of mutual benefit, and China strongly opposes bullying other countries and intervening in their internal affairs. Furthermore, China aims for multi-polarization and democratization of international relations and considers African countries as independent political powers on the world stage.