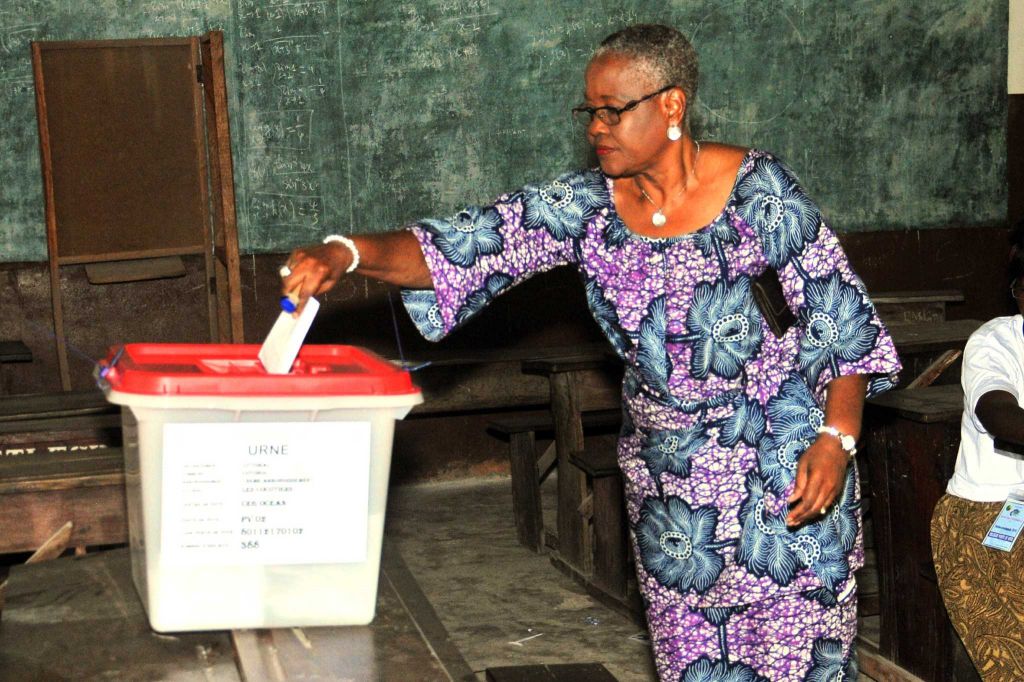 The Republic Benin has concluded voting on Sunday in a run-off election that pitted outgoing President Thomas Boni Yayi’s hand-picked successor against his former ally turned political rival in a highly competitive race.
Prime Minister Lionel Zinsou, a former economist and investment banker backed by both the incumbent, President Boni Yayi who has served the constitutionally-allowed two terms in office, and the main opposition Democratic Renewal Party, won a March 6 first round of voting.
However, he has had to overcome the perception that having spent the bulk of his career abroad he is an outsider in his own country.
“Elections are really something that bring us all together. It’s a day of peace and hope,” he said after casting his ballot.
Zinsou faces Patrice Talon, a businessman and once a powerful figure in the West African nation’s cornerstone cotton sector, who finished just over 3 percentage points behind the prime minister in the first round.
Talon was a staunch supporter of Boni Yayi before falling out of favour with the president, who later accused him of involvement in a plot to poison him.
Mediation efforts led to a presidential pardon however, and Talon returned from exile in France in October.
“I have the impression that our country’s renaissance is already under way. The renaissance will come, and I am going to win,” Talon said after voting on Sunday.
Early turnout for the polls was light as many voters were in church for Palm Sunday services. And while more cast their ballots later in the day, observers said they believed overall participation levels were lower than in the first round when turnout was around 64 percent.
Poll worker immediately began counting ballots after voting ended in the late afternoon. Provisional results were expected to be announced by the elections commission as early as Monday.
“I am happy that everything is calm in Benin. I’m confident everything will be fine. Democracy is working,” said Paul Abjibi, shortly after voting in Abomey-Calavi, a town just outside the commercial capital Cotonou.
There was no clear front-runner in the poll, and campaigning centred largely on how to best revive the economy, which is flagging in part due to falling oil prices that have hit its neighbour and largest trading partner Nigeria.
Civil society groups denounced both candidates’ campaigns on Friday for allegedly distributing cash in an attempt to buy votes.
On Sunday, the principal donor-funded civil society observation platform claimed that ballot box stuffing had been reported in the Collines administrative district in the centre of Benin as well as in Atacora in the north.
The election is nonetheless expected to reinforce the democratic credentials of tiny Benin, which became the first nation in West Africa to move from dictatorship and single-party rule to multi-party democracy when it held elections in 1991.