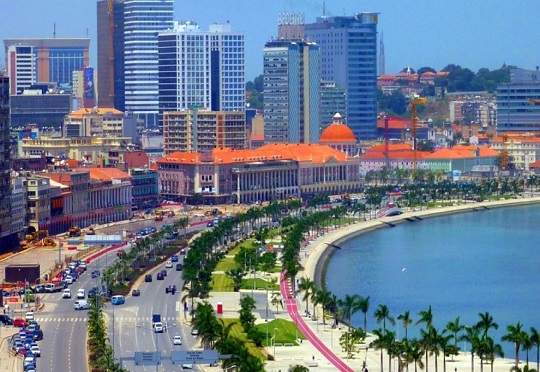 At least 3.5 million euros have been invested by the Alaturca Pedras Naturais plant, a company belonging to the Bongani Investment group, in the second line of cutting and polishing of ornamental rocks, inaugurated in the town of Cabiri, Funda commune, in Luanda.

According to the president of the Bongani group, Luís Kupenela, speaking at the inauguration ceremony presided over by the Secretary of State for Industry, Ivan do Prado, the polishing capacity is multifaceted, because in addition to processing in granite and marble, it also produces softened finishes , non-slip, rustic, brushed and “shrunk” in thicknesses of 2 to 20 centimeters.

In terms of employability, the entrepreneur reported that the new line created 200 indirect jobs, 25 direct jobs, two expatriates to ensure the transfer of know-how, technology and sustainability.

With the start-up of this new line, the factory’s installed capacity, which includes the first and second phases, is five thousand and forty m² / day, working in three shifts, to guarantee a product with quality demanded by the international market.

The company’s outlook for 2019 is to implement the third phase, which will require an investment equivalent to five million euros, to increase the capacity of cutting blocks in granite, aligning the demand of the existing polishing line and the resin system for quality of the product.

In 2019, the company will also build a new factory to process marble, with an investment of five million euros, of which three million in equipment already in Angola and two million will be invested in infrastructure, in the second semester of 2019, an amount financed by BAI, under the Angola Investe Program, which has already expired.

“We are certain that the volume of these investments will lend us the international competitiveness for exporting the products, starting in 2022,” he said.

With the new installed transformation capacity, he said, the dependence on the international market is reduced significantly, taking advantage of the rich and abundant mineral resources of the country.

The Secretary of State for Industry, Ivan do Prado, said that the sector is diversifying the economy because the country has been exporting raw materials, without adding any value to the national economy.

“With this kind of projects we can verify that the country is moving forward. The company that exported the plates for the transformation made an investment to use national raw materials, “he said.

In the first phase, which was inaugurated four years ago, the company invested 6.8 million euros to manufacture natural stone articles, such as kitchen benches, stairs, washbasins, tiles and other pieces of coating in various formats that adapt to the needs of customers.

Alaturca is a subsidiary of Bongani Investment, an Angolan business group active in the energy, construction, real estate, travel and tourism, manufacturing and logistics sectors.

Ornamental rock is a rock used decoratively in sculpture or as building material. It differs from a gem because it is not only used in jewelery. However, an ornamental rock can also be a gem. Examples of ornamental rocks include: alabaster, lapis lazuli, marble, granite among many others.