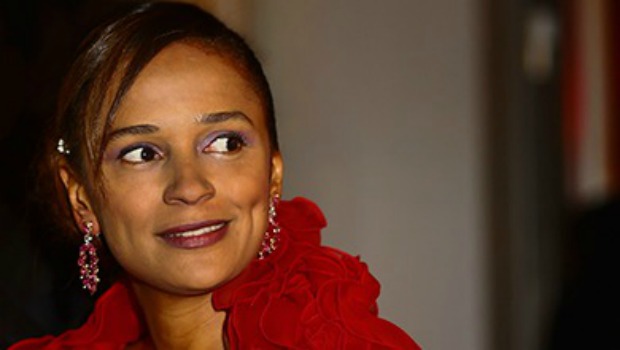 Brazilian telecom company Oi said on Monday it would push ahead with plans to take over the operational assets of Portugal Telecom, dismissing a gambit by Angolan businesswoman Isabel dos Santos that could scupper the deal.

Oi announced last year a deal to merge with Portugal Telecom’s phone and cable TV networks. But dos Santos, who is listed by Forbes as Africa’s richest woman, unveiled an offer on Sunday for Portugal Telecom’s holding company which was split off under the deal and now belongs to various shareholders.

The offer by dos Santos – the 41-year-old daughter of the president of Angola, a former Portuguese colony – made a splash in the telecom world because the holding company owns 25.7 percent of the new operational firm that is combining Oi and the Portuguese assets.

The bid aims to make dos Santos a major shareholder in the new Brazilian-Portuguese operational firm, giving her a say over strategy, according to a person close to the businesswoman.

Oi has said it may sell its Portuguese assets to pay down debts, a possibility that is on the table since French telecoms group Altice bid for them last week..

However, one of the conditions of dos Santos’s offer of 1.35 euros per share was that Oi should not sell the assets, which are now called PT Portugal.

Her offer was not directed at Oi. Rather it will be the holding company’s shareholders, which include the new bank that has emerged from bankrupt Portuguese lender Banco Espirito Santo, to evaluate any offer.

Still, in its statement, Oi brushed off the dos Santos offer as untimely, saying it considered “inopportune any change in the previously agreed terms of definitive contracts”.

Shares in Portugal Telecom jumped 14 percent to 1.39 euros after trading in the shares resumed on Monday afternoon following a suspension, but then rolled back to around 1.35 euros – in line with the bid price.

Kepler Cheuvreux analyst Javier Borrachero said that dos Santos’s move appeared as “an opportunistic offer simply to delay or hamper the potential sale of PT Portugal”, adding that the takeover bid is “ultimately unlikely to succeed.”

The merger of Oi and Portugal Telecom, which was finalised earlier this year, has run into problems. It got caught up in the financial woes of Portugal’s Espirito Santo family, a saga that has bankrupted several of the clan’s companies and prompted a bailout of Portugal’s largest listed bank over the summer.

One of the family companies owed 900 million euros to Portugal Telecom, and ended up defaulting. Oi said it had not known about the debt, and the default resulted in changes to the original terms of its merger with Portugal Telecom. The holding company is still holding the debt.

Dos Santos’s offer is the latest in a string of corporate offensives for Angola’s richest woman.

The daughter of President Jose Eduardo dos Santos, she is nicknamed “The Princess” and has spearheaded Angolan investments in banks, telecoms and other sectors, particularly in Portugal. She has a 18.6 percent stake in Portuguese bank BPI and owns a quarter of leading Angolan bank BIC, which also operates in Portugal. She has indirect holdings too in telecoms company NOS and oil firm Galp in Portugal.

Her conspicuous wealth in a country where, despite its oil riches, poverty is widespread and which still bears the scars of a post-independence civil war, has drawn criticism. Dos Santos rejects suggestions that her business empire stems from her political connections.