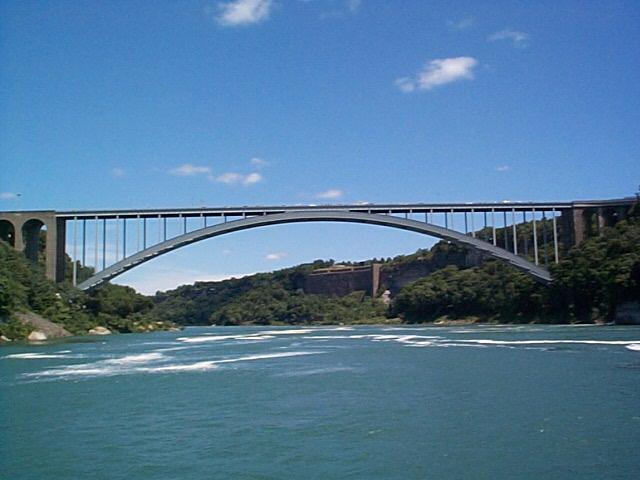 The construction of a one kilometre-long bridge in the mangrove terrain of Ibeno in Akwa Ibom State has brought joy to residents of some 30 communities, reports Amby Uneze

It’s hard to imagine now, as they crossed the bridge with ease and excitement, but residents of Iwuoachang-Ibeno Local Government Area of Akwa Ibom State were once divided.

“We have about 30 communities in these two local governments, but life has been difficult without a bridge across the river since the existence of these communities,” said Ibrewong Andrew, a community leader who has lived all his life in one of the communities.
“With this bridge we can now interact with our kith and kin in the adjoining communities which we have not been able to do as desired because the river divided us for several years.”

According to him, “residents can now easily cross over through the bridge and go to anywhere in the world we want to go.”
Andrew lamented that the river which connects to the Atlantic Ocean has brought the communities sorrows in the past.

He said: “We have had to rely on boats to connect from one community to another and many deaths have been recorded through boat accidents which have been a regular occurrence. Besides, we have had difficulty sending our sick people and pregnant women to access better medical facilities elsewhere and all that has now come to an end.”

The 6.5 kilometre -long bridge named Iko, Atab, Rikang, Akata, Opolom, Ikot-Enwang, Okoroutip, Iwuochang road that has brought a new lease of life to the residents in these two local governments area was awarded by the Niger Delta Development Commission (NDDC) to a local contractor, Viche Resources Nigeria Limited after foreign firms could not succeed due to the swampy terrain of the area. However, the project did not take off immediately due to certain challenges associated with design and community scepticism.

Though the challenges encountered by the contractor, they delivered the bridge to the people at least to prove that indigenous contractors would be able to execute major and challenging construction projects in the country.

Perhaps one of the reasons why the contractor was able to deliver the project which has been described as a ‘world-class’ included the attention given to the job by the current board of the NDDC headed by its Managing Director, Dr. Christian Eboh, who had been paying regular visit to the project site.

Eboh knew the importance of Eket and Ibeno local governments to the federal government, because of the operational presence of the second largest producer of oil in the country, the ExxonMobil within the communities.

ExxonMobil, an oil producing company produces about 500,000 barrels per day (bpd) from the oil rigs located in these communities.

The Ibeno Bridge which is 630 metres-long built in a mangrove terrain according to one of the site engineers has its pilling formed very deep to withstand stress.

He disclosed that the beams were cast about 5 kilometres away from the site and were conveyed by a barge through the sea. “It is on record that this is the first time, a 100 per cent local content delivered an excellent job, hence it is very important to be highlighted,” he added.

Indeed, when the Senate Committee on Niger Delta Development Commission led by its chairman, Senator James Manager visited the area to inspect the project they were overwhelmed by the quality of work done by the contractor and expressed satisfaction for a job well done. The Committee extolled the ingenuity of the contractor for blazing the trail by using local content to achieve the feat of such incredible magnitude.

The Paramount Ruler of Ibeno Local Government Area, Dr. Effiong Bassey Achianga, the Akwaha-Owong Ibeno who couldn’t hide his joy over the project thanked the federal government, Governor of Akwa Ibom State, Godswill Akpabio, the management of NDDC and Viche Resources Nigeria Limited for their efforts in realising the project that has now made his area part of the rest of the state.

“We are happy that an indigenous contractor could execute this magnitude of project. We remember that when the contract was awarded we had mixed feelings, but we have been proved wrong and we are glad that their work is highly commendable,” said Godwin Ukpo, a community leader.

Now, Viche Resources Nigeria Limited, an indigenous firm has not only brought a new lease of life to the residents of Iwuoachang-Ibeno Local Government Area of Akwa Ibom State, It has no doubt also changed the perception about local contractors.