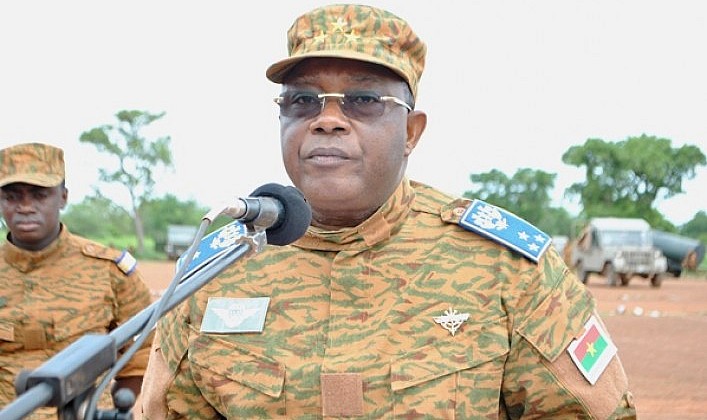 The chief of Burkina Faso’s army has dissolved the government and said that a transitional government will be formed. The announcement came shortly after the president reportedly declared a state of emergency.

“A transitional body will be put in place in consultation with all parties,” Traore said.

The temporary governing body would hold power “no more than 12 months,” he added.

Mass protests broke out in the capital city Ouagadougou earlier this week over a planned amendment to the constitution which would extend President Blaise Compaore’s 27-year grip on power.

On Thursday, the demonstrations escalated, with thousands pouring onto the capital city’s streets and a group of protesters storming the parliament building. There, they set fire to the main chamber.

Burkina Faso’s public broadcasters also came under attack when groups of demonstrators forced their way into the buildings. State television and radio subsequently ceased broadcast operations during the day.

Other cities across the country reported blazes being set to properties belonging to politicians of the ruling political party Congress for Democracy and Progress (CDP), including in the second-largest city Bobo-Dioulasso and in the central city of Koudougou.

At least one person was killed in the violence, according to security forces.

An announcer from local radio station Radio Omega FM had read the statement from the office of the presidency, which also purported that the leader would seek talks with opposition leaders.

The explosive protests have raised concern in the international community, with the EU, the US and the UN calling for all sides to refrain from violence and seek a peaceful, political solution.

President Compaore seized power in 1987, and his bid to keep his position has angered much of the public, including many young people, in a country where 60 percent of the population is under 25.