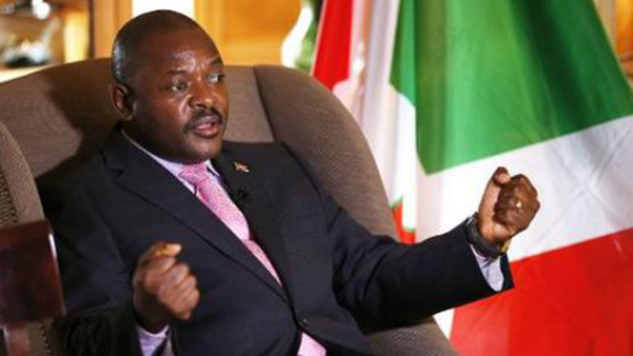 The 15-member council unanimously adopted on Friday a French-drafted resolution asking U.N. Secretary-General Ban Ki-moon to offer options for a police deployment to Burundi, where violence threatens to spiral into ethnic conflict.

“This U.N. resolution is fine for us since it takes into account everything we have been saying,” Alain Nyamitwe, Burundi’s foreign minister, told Reuters.

“We have always been open to experts but never to sending of peacekeeping troops in Burundi,” he said, adding “a few” U.N. police could help stabilise the country.

But Leonce Ngendakumana, chairman of the opposition FRODEBU party, criticised the resolution for failing to call for the deployment of peacekeepers.

“That U.N. resolution brings nothings to us,” he told Reuters. “We don’t want U.N. police but U.N. peacekeepers that would prevent Burundi from sliding into another civil war.”

The opposition wants the peacekeepers to be deployed to disarm the different armed groups including the militia allied to the ruling CNDD FDD party, known as “Imbonerakure”, Ngendakumana said.

“We need forces capable of restoring our army,” he said, citing last month’s assassination of a senior army officer and rising cases of desertion by troops.

Tom Malinowski, the U.S. assistant secretary of state for democracy, human rights and labour, accused the government of going back on its commitment to resolve the crisis through dialogue.

“Denouncing everybody from the Catholic church, to the media… to foreign countries as enemies of the people of Burundi is not going to get us to a successful dialogue,” Malinowski told a news conference in Bujumbura.