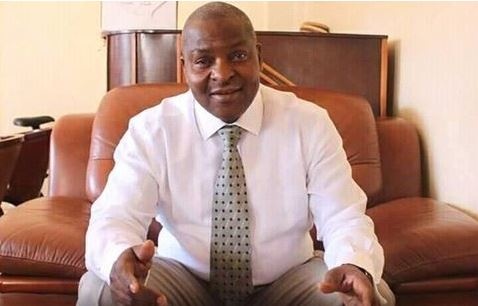 The Central African Republic’s new President Faustin-Archange Touadera has named his former campaign director as his prime minister, according to a decree read on national radio.

Touadera, a former prime minister and mathematics teacher, was elected president in February, ending a transitional government that has led the landlocked nation since early 2014.

“The president of the republic, head of state, in light of the constitution of the Central African Republic of March 30, 2016 … decrees Mr. Simplice Sarandji to be named prime minister, head of the government,” the decree read.

It was not immediately clear when Sarandji would name his cabinet but an announcement was expected in the coming days.

Touadera has pledged to bring peace and development to the former French colony, which was seized by religious and inter-commununal conflict from 2013, when mostly Muslim Seleka rebels overthrew longtime ruler Francois Bozize.

That prompted a counter-attack by majority Christian anti-balaka militia. The violence led to a fifth of the population fleeing their homes.