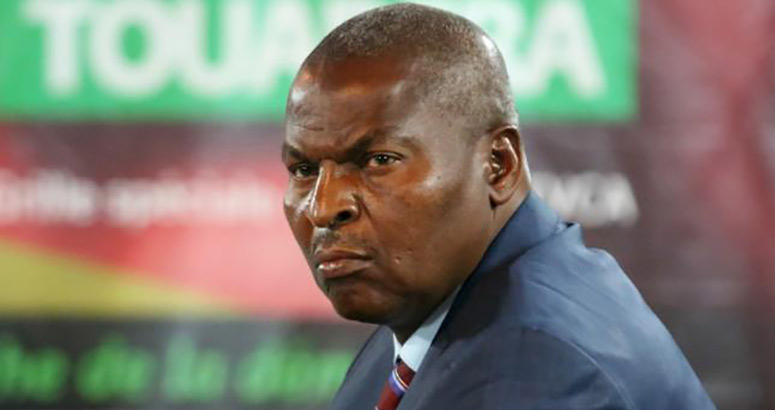 Central African Republic’s new president, Faustin-Archange Touadera, has pledged to “preserve peace” as he was sworn in yesterday, following polls aimed at restoring stability in the wake of three years of turmoil.

The 58-year-old former maths teacher was the surprise winner of February’s presidential election – the first since the outbreak of a wave of inter-communal violence between Muslim and Christian militias.

“I pledge to wholly respect the constitution … and preserve peace,” he said, promising to carry out his duties “without any ethnic bias”.

He also pledged to “revamp the army into an apolitical and secular force” and launched an appeal for “national reconciliation”.

The swearing-in ceremony marked the last stage of the political transition that began with the overthrow in 2013 of Christian former president Francois Bozize by the predominantly Muslim “Seleka” rebel alliance.

In November Pope Francis visited the country, on his first trip to a war zone, during which he made an impassioned plea for peace and reconciliation.

Several weeks later, a constitutional referendum on limiting the president’s tenure was approved by a large majority, clearing the way for elections on December 30.

Touadera’s inauguration coincided with France’s promise that it would end its military intervention in the nation.